Potential Turnaround in the Oil and Gas Sector? 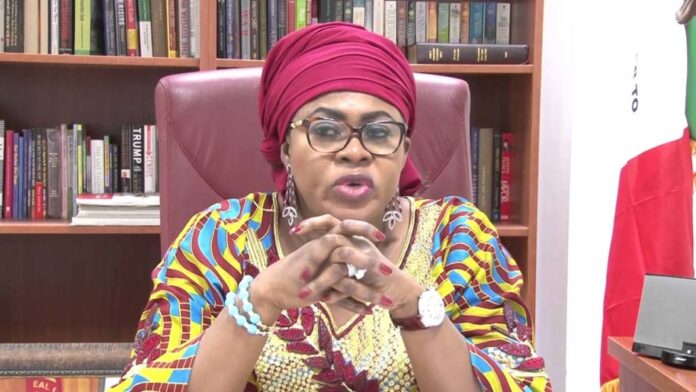 By Taiye Agbaje
Abuja, May 10, 2022 A Federal High Court, Abuja, on Tuesday, fixed Oct. 12 for the arraignment of former Aviation Minster, Stella Oduah and others by the Economic and Financial Crimes Commission (EFCC).
Justice Inyang Ekwo fixed the date following a letter from the office of the Attorney-General of the Federation (AGF) in response to a petition. written by counsel to the 8th defendant in the suit, Ogbu James, SAN.
Naija247news reports that Onoja had, on Nov. 22, 2021, raised objection to the defendants taking their plea, informing that a petition had already been written to the AGF, complaining that the defendants were just been persecuted as against prosecution.
The development prompted the court to adjourn to await a response from the AGF.
Justice Ekwo also, on Feb. 10, fixed today for report on the petition written to the AGF after the case was stalled.
Upon resumption of the matter, counsel to the EFCC, Hassan Liman, SAN, informed that the AGF had responded to the petition and given a nod for the matter to proceed.
“The charge was filed on Dec. 16, 2020. Since then, the plea of the defendants has not been taken,” he said.
Liman reminded that Onoja in one of the sittings drew the attention of the court to a petition he wrote to the AGF.
He said on Feb. 10 when the matter came up, he undertook to produce a letter from the AGF in response to the petition.
“I confirm that the AGF has acknowledged the receipt of their letter and he has asked the court to proceed on the trial.
“In view of the response by the AGF, may I apply for a plea of the defendants to be taken,” he said.
But counsel to all the defendants, including Onoja, said they were unaware of the AGF’s response.
The judge, who said he was also yet to see the letter, then directed Liman to avail the defence and the court with copies of the AGF letter.
After copies of the letter were given to all, Justice Ekwo said he was unsatisfied with Paragraph 2 of the AGF letter.
“I am not satisfied with the second paragraph of the letter,” he said.
Ekwo, who said he would adjourn the matter so that the prosecution could resolve the issue completely with the AGF, said this would help the court to know whether the trial could go on or be stopped.
He then fixes Oct. 12 and Oct. 13 for the trial.
NAN reports that Paragraph two of the letter dated May 6 and addressed to the EFCC chairman reads: “I am further directed to inform you that the Honourable Attorney General of the Federation is reviewing the case file and a decision will be communicated in due course.
“Meanwhile, you are to proceed with the prosecution of the case in court pending the decision of the Honourable Attorney General of the Federation.”
Oduah, who currently represents Anambra North Senatorial District at the National Assembly, was expected to be arraigned by the EFCC on alleged N5 billion fraud and financial misappropriation
other defendants in the charge, marked: FHC/ABJ/CR/316/2020, are Gloria Odita, Nwosu Emmanuel Nnamdi and Chukwuma Irene Chinyere.
They also include Global Offshore and Marine Ltd, Tip Top Global Resources Ltd, Crystal Television Ltd, Sobora International Ltd and China Civil Engineering Construction Corporation (CCECC) Nigeria Ltd.
They are being charged with conspiracy, money laundering and maintaining anonymous bank accounts with a commercial bank.
They will be arraigned on 25-count charge.