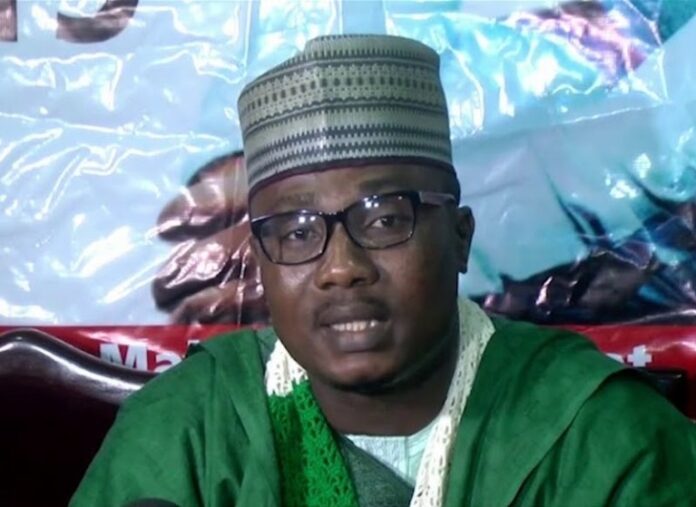 By Adeyemi Adeleye
Lagos, May 2, 2022 Chief Stanley Osifo, an aspirant for the All Progressives Congress’ (APC) presidential ticket has pledged to build new refineries and tackle national debts if elected president in 2023.

He said this in a statement he issued on Monday in Lagos.

“The Nigerian economy has witnessed calculated and orchestrated attack for many years now. I have researched and observed that Nigeria is getting poorer day by day.

“The huge debt burden on Nigeria is an issue that needs to be addressed. It seems to be on the rise.” Osifo said.

The aspirant, who decried the huge amount of money being spent in subsidising fuel, said such must be addressed to revamp the nation’s economy.

According to him, funding such subsidy has not only made the nation to be vulnerable to excessive borrowing but also affected execution of impactful projects in the country.

“We could deduce that the wealth and prosperity of Nigeria and Nigerians are taken out and given to other countries on a minute by minute basis.

“This is through subsidy provisions that do not have contributory effect to our nation’s economic output.

“It depletes our foreign reserves, employment capability, NNP & GDP, piles pressure on government resources which is very meager and destabilises our economy and economic plans.

“One way to reverse this backward trend and return wealth, prosperity, employment upscaling, economic revamp and national development is to build brand new refineries in the zones in Nigeria.

“The existing moribund refineries that have become conduit pipes for siphoning the nation’s scarce financial resources would be sold to interested parties.

“When we have new refineries, Nigeria will become self-sufficient in production of all derivatives of petroleum products,” Osifo, also a 2019 presidential aspirant of PDP, said.

The aspirant said that the huge amount of money being spent in importation of derivatives of petroleum products would be saved.

He said that such would be channeled to developing and introducing new economic paradigms that would impact positively on Nigerians in terms of productivity and massive employment opportunities.

“This action shall change the current situation and result in wealth creation. This will in turn make Nigerians prosper,” he added.

Osifo said that he had designed plans to drive contemporary scientific, technological and digital platforms in economic recovery and development that would yield wealth for Nigerians.

According to him, innovations which developed and developing countries have adopted to shore up their internal and external revenues will be put in place to generate funds.

He said: “Agro business has one of the largest value-chain wealth resource. I plan to reactivate and support new farm settlements across Nigeria.

“Mining of resources is one area I will standardise for the prosperity of Nigerians.”

He promised to guide and guard against any form of wastage of economic resources and ensure reduction of government expenditure.

He said that if allowed to succeed President Muhammadu Buhari as a young Nigerian, health, security and power challenges would be tackled with tact, firmness and sincerity of purpose.

Osifo said that he was contesting for the Presidential ticket for the second time in order to provide welfare, prosperity and ensure security for Nigerians both at home and abroad.