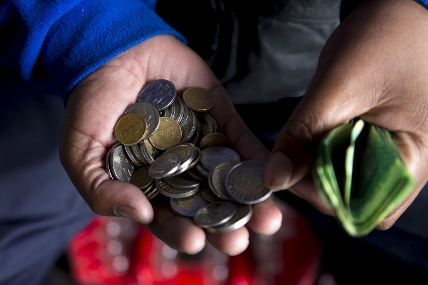 JOHANNESBURG, March 22 – The South African rand strengthened to a five-month high on Tuesday, as expectations that the central bank will raise interest rates later this week and portfolio inflows helped it to recover from a dip earlier in the day.

Higher rates in developed markets tend to drain capital from riskier emerging markets. However, South Africa and other commodity exporters have seen their currencies appreciate since Russia invaded Ukraine almost a month ago.

“The rand is… continuing to be driven by improved market sentiment to SA as risk aversion remains differentiated across emerging market currencies,” Annabel Bishop, chief economist at Investec, said in a note.

Expectations of further rate hikes by the South African Reserve Bank, which is set to announce its repo rate decision on Thursday, as well as investors inflows, are also boosting the rand, she said.

The central bank is expected to hike its repo rate to 4.25% to try to tackle inflation, according to a Reuters poll of economists who said prices could rise faster than they had expected before Russia’s invasion of Ukraine.

Ahead of that, Statistics South Africa will publish February consumer price inflation numbers on Wednesday.

In the equities market, gains in mining, banks and tech stocks lifted the bourse, with the Johannesburg All-Share index (.JALSH) up 1.21%, while the Top-40 index (.JTOPI) climbed 1.28%.

Miner Anglo American PLC led gains on the Top-40, rising 7.62% to 773 rand, while Glencore rose 4.11% to 98 rand as an Australia ban on exports of alumina and aluminium ores to Russia drove London aluminium prices up.

Meanwhile, government bonds weakened, with the yield on the benchmark 2030 maturity rising 13 basis points to 9.785%.