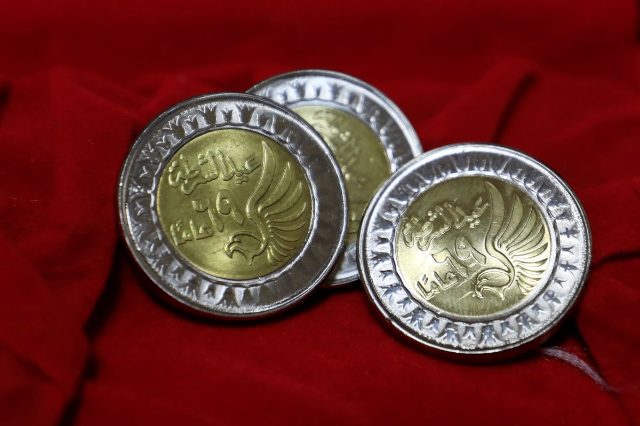 CAIRO, March 22 – Egypt devalued its pound by 14% on Monday after Russia’s invasion of Ukraineprompted foreign investors to pull billions of dollars out of Egyptian treasury markets, putting pressure on the currency.

The pound dropped to 18.17-18.27 against the dollar, Refinitiv data showed, after having traded at around 15.7 pounds to the dollar since November 2020.

Egypt has been in discussions with the International Monetary Fund about possible assistance, people close to the negotiations have said, but it has not announced any formal request.

“This is a good move to make as the devaluation of the pound moves it roughly in line with its fair value and it could pave the way for a new IMF deal,” said James Swanston of Capital Economics.

“However, it will be key whether policymakers now allow the pound to float more freely or continue to manage it and allow external imbalances to build up once more, possibly resulting in future step devaluations like today’s,” Swanston said.

The IMF in Cairo was not immediately available for comment.

Abu Dhabi Crown Prince Mohammed bin Zayed al-Nahyan arrived in Egypt on Monday to meet President Abdel Fattah al-Sisi. The UAE, along with Saudi Arabia, has been a strong financial backer of Egypt. Sisi flew to Riyadh to meet Saudi leaders on March 8.

Monday’s weakening of the pound could catalyse inflows of foreign currency, while investors who already had money in Egyptian treasuries would be unlikely to sell now, said Farouk Soussa, senior economist at Goldman Sachs.

“The move is designed to trap liquidity in the market and bring in investors who might be sitting on the sidelines waiting for the pound to bottom out,” he said.

But it will also likely add to inflation and possible local dollarisation.

“The big question is whether this is enough, or if more might be needed to entice portfolio investors,” Soussa said.

Shortages of dollars have led to blockages at Egyptian ports, after importers could not obtain necessary foreign currency for letters of credit to get their goods cleared, bankers said.

The war in Ukraine has also left Egypt facing higher costs for its substantial wheat import needs as well as a loss in tourism revenue from Russian and Ukrainian visitors to Red Sea resorts. Russia and Ukraine are the main suppliers of wheat to Egypt, which is often the world’s largest importer.

Headline inflation has accelerated to its highest level in nearly three years, registering 8.8% last month and touching the upper limit of the central bank’s 5-9% target range.

The finance ministry will allocate 130 billion pounds “to mitigate the repercussions of global economic challenges,” it said in a statement on Monday.

The package includes fixing the import customs exchange rate for basic commodities and production requirements at 16 pounds to the dollar and reducing the capital gains on initial public share offerings.

Prime Minister Moustafa Madbouly set the price of unsubsidised bread on Monday at 11.5 Egyptian pounds ($0.66) per kilogram, according to a statement from his office. Prices had jumped as much as 25% because of disruption to wheat imports caused by Russia’s offensive in Ukraine. read more

The central bank cited global inflationary pressures amplified by the war in Ukraine for its hike in rates, which lifted the overnight lending rate to 10.25% and its overnight deposit rate to 9.25%.

State-owned Banque Misr and National Bank of Egypt said on Monday they were offering certificates of deposit with a yield of 18%.