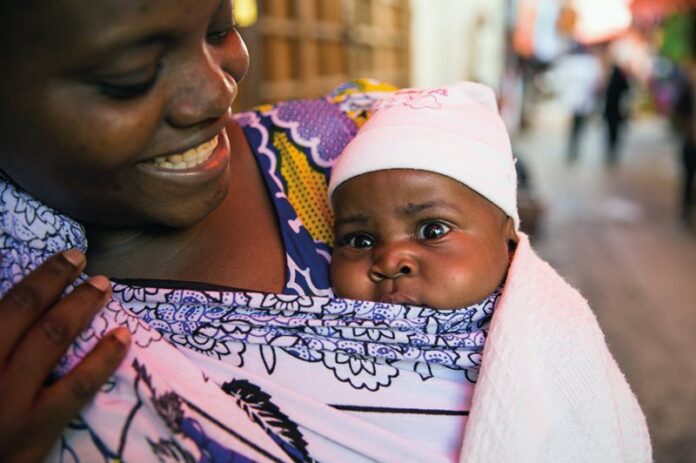 Nigeria has an estimated population of about 206 million, making it the seventh most populous country in the world.

Nigeria’s gross domestic product (GDP) grew 3.4 percent in 2021, the strongest since 2014. The figure is the first annual growth above 3 percent since President Muhammadu Buhari won the 2015 election

But Nigeria, Africa’s most populous country, the population time bomb has been ticking away ceaselessly; and the strain on the economy is also becoming unbearable. With poverty galloping at an unprecedented rate, population in Nigeria is fast becoming a liability rather than an asset. Yet, the economic managers have chosen to ignore the impending catastrophe.

But the problem of excess population and how its interplay with the economy affects the level of poverty in the country will persist, until it is finally confronted and dealt with pragmatically.

Even as Nigeria’s National Population Commission prepares for a national census scheduled for May 2022 – the first since 2006 – The Conversation Africa’s Wale Fatade asked demographer and social statistician Akanni Akinyemi what a census entails and how ready the country is for the exercise.

What is a census and why is it important for a country?

A population census is the process of collecting, compiling, evaluating, analysing, publishing and disseminating demographic characteristics of a country at a specified time.

It is best conducted every 10 years to reflect the population dynamics. It should be able to show changes in fertility, mortality, migration and the labour force. The socioeconomic situation must be captured and it should give the age and sex structure of the population.

Analysis of the world, from experts

A major strength of a population census is the ability to provide information at the lower administrative levels. For instance, health indicators are best monitored at these levels. Interventions during outbreaks of disease require reliable estimates of local populations.

Census information is also the bedrock of other surveys. The Demographic and Health Surveys, Performance Monitoring for Action, Multiple Indicator Cluster surveys, Malaria Indicator Surveys and many others derive their sampling from the census.

How is a census normally conducted?

There are three parts: pre-census planning, census, and post-enumeration surveys. Before the census, the public is made aware, geographical enumeration areas are demarcated and maps are procured. The logistics of conducting a census in Nigeria are enormous. The census activities can only begin after the presidential assent and a dedicated budget line. The 2022 budget approved N177.33 billion (about US$425 million) for this year’s census.

Ideally, a census questionnaire and method is developed and validated. Census questionnaires do change from time to time. For example, the 2006 census collected information on age, sex, occupation, literacy and employment. It also asked about housing, access to water, electricity and other household amenities. It did not collect information on fertility, mortality, migration and disability. Nothing was asked about religion and ethnicity.

The post-enumeration survey is a critical aspect of quality assurance and control. However, there are other issues around the political and legal framework as provided in the constitution. This is to ensure its acceptability, eventual publication and official gazette. The figures then become official.

How did Nigeria conduct its past censuses?

The census has always been problematic in Nigeria. The 1962, 1963 and 1973 censuses were bedevilled with controversies. They were mostly about deliberate manipulation of census figures at sub-national levels. The 1973 census provoked debate along ethnic lines. In 2006, the Lagos State government rejected the figures and ran a parallel census.

The 2006 census was the last one, so Nigeria is overdue for another. The political interference was enormous and hampered the scientific processes. Important information was not collected on fertility, mortality, migration and disability.

In 2006 there was too much political interest in the composition of the population commission board, with 38 members. These people are not professionals in population or statistics but appointed mostly for political reasons. This put a lot of stress on the census activities. The 2006 census was unable to fulfil one of its critical mandates: providing data below local government levels.

Comparing the 2006 Nigeria census with other African countries like Sudan’s 2008 census shows that political challenges should not be an impediment. The planning, conduct, analysis and quality assurance was adequate.

Census figures are usually disputed in Nigeria. Why, and what should be done?

The way resources are shared in Nigeria’s political system puts unnecessary pressure on the census. It encourages competitive manoeuvring and manipulative tendencies at all levels. The 2006 post-enumeration survey was poorly planned and poorly implemented. Census data were not released to researchers for further analysis and scrutiny. This makes it difficult to use the 2006 census as a basis for the 2022 one.

The census coordinating commission is responsible for quality and credibility of the process at all stages. Unfortunately, the composition of the commission’s hierarchy is more about political gains than scientific merit.

Ideally, an efficient statistical system should ensure there are other credible sources of data to validate or complement census data. However, there is a lack of commitment to ensuring the quality of other sources of data.

The commission should have a technical working group of experts sourced from professional demographers in academia and industry.

Processing and publishing of census information should adhere strictly to a timeline. The timely release of census data for research and academic purposes should be guaranteed.

How ready is Nigeria for the census this year?

The national census is a colossal, expensive and labour-intensive statistical operation that requires extensive planning. The success of a census depends on several factors. These include technical expertise, independence from political interference, excellent geo-referenced maps, huge human and financial resources and good timing.

Although some of the pre-census activities like the enumeration area demarcation have been well implemented, it is unrealistic to assume that everything will be ready. Recruitment and payment of staff were critical issues in the 2006 census.

Year 2023 is an election year with many political activities and this might affect the census slated for 2022. Nigeria’s security challenges and the economy are factors to be considered too. Then there’s the unpredictable dimension of COVID-19.

The level of public and professional awareness of the census is also very low. The Population Commission’s website has no information on milestones and preparedness. Census is a huge scientific responsibility that requires a high level of preparedness, transparency and quality assurance.