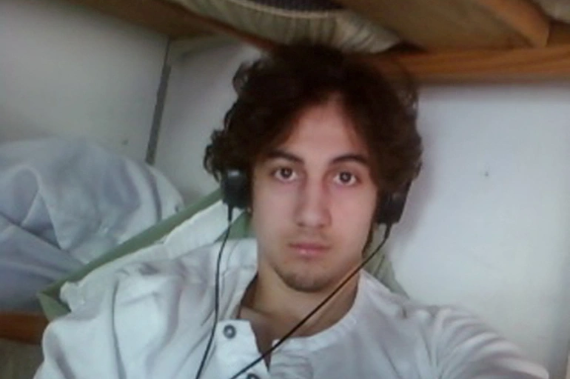 The United States Supreme Court has reinstated convicted Boston Marathon bomber Dzhokhar Tsarnaev’s death sentence for his role in the 2013 attack that killed three people and wounded more than 260 others, ruling in favour of the federal government.

In a 6-3 decision, the justices on Friday sided with the US Justice Department’s challenge to a 2020 appeals court ruling that had upheld Tsarnaev’s conviction but overturned his death sentence.

The Supreme Court faulted the Boston-based 1st US Circuit Court of Appeals on its findings both that Tsarnaev’s right to a fair trial under the US Constitution’s Sixth Amendment was violated and that the trial judge wrongly excluded certain evidence about a separate crime.

“Dzhokhar Tsarnaev committed heinous crimes. The Sixth Amendment nonetheless guaranteed him a fair trial before an impartial jury. He received one,” conservative Justice Clarence Thomas wrote for the court.

The court’s six conservative justices were in the majority, with its three liberals dissenting.

President Joe Biden, as a presidential candidate, had promised to work to pass legislation in Congress to eliminate the death penalty at the federal level and set incentives for states to do as well, instead endorsing life sentences without probation or parole.

But his administration last year opted to proceed with an appeal initially launched by the Justice Department under his predecessor Donald Trump to defend Tsarnaev’s death sentence.

Lawyers for Tsarnaev, who is 28 now and was 19 at the time of the attack, have argued that Tsarnaev played a secondary role in the marathon bombing to his brother Tamerlan, who they called “an authority figure” with “violent Islamic extremist beliefs”.

Jurors convicted Dzhokhar Tsarnaev in 2015 on all 30 counts he faced and determined he deserved execution for a bomb he planted that killed Martin Richard, 8, and Chinese exchange student Lingzi Lu, 23. Restaurant manager Krystle Campbell, 29, was killed by the second bomb.

No federal inmates were executed for 17 years before Trump oversaw 13 executions in the last six months of his term. Biden’s attorney general, Merrick Garland, last July imposed a moratorium on federal executions while the Justice Department reviews the death penalty.

White House Press Secretary Jen Psaki said in March 2021 that Biden continues to have “grave concerns about whether capital punishment, as currently implemented, is consistent with the values that are fundamental to our sense of justice and fairness”.

The 1st Circuit found that US District Judge George O’Toole, who presided over the trial, improperly excluded evidence relating to a 2011 triple murder in Waltham, Massachusetts linked to Tsarnaev’s older brother.

The primary source of the evidence about the other murders, a man named Ibragim Todashev, was killed by an FBI agent in 2013 when he attacked officers during an interview.