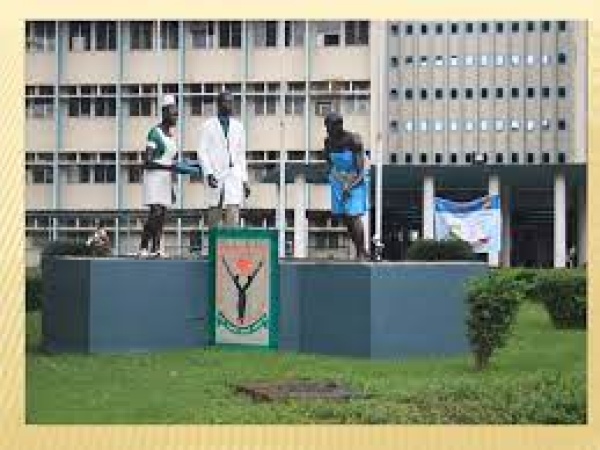 By Oluwafunke Ishola
Lagos, March 4, 2022 The Lagos State University Teaching Hospital (LASUTH) has said that 80 per cent of emergency cases brought to its facility were not tertiary cases.

The Chief Medical Director, LASUTH, Prof. Adetokunbo Fabamwo, said this during the inauguration of its ‘Project Eagle’ in Lagos on Friday.

Naija247news reports that Project Eagle is an initiative of LASUTH to improve the quality of its healthcare services.

Fabamwo said that the influx of non-tertiary patients was a distraction that impeded core activities of the institution, as its priority areas were advanced Medicare.

“Though our hospital has a policy of not turning any emergency back, but in the event of unavailability of bed space, first aid is administered to the patient before any form of referral to other reputable health institutions.

“Lagos state government has assiduously improved and empowered the primary and secondary healthcare facilities. A lot of infrastructural upgrades are ongoing.

“We appeal to the general public to make use of primary health centres and the general hospitals to ease the burden on LASUTH,” he said.

On bed space management, Fabamwo said that the hospital was using a team of nurses called ‘monitoring crew’ to ensure speedy transfers of stable patients from emergency units to wards.

According to him, this will create spaces for incoming patients.

The chief medical director further said that currently, there was an ongoing construction of a 120-bed facility expected to alleviate bed space constriction in the hospital.

He said that the building was at 70 per cent completion, adding that the hospital was also working on expansion of its Surgical Emergency Unit, Eye Institute and Diabetes Clinic.

Fabamwo further said that the management had enacted some policies to improve healthcare services and patient’s experience at the hospital.

He said that policies aimed at reducing waiting times at outpatient clinics would involve staggered appointment at the out-patient clinics and increase in the number of clinics.

“A policy is now in place to ensure that all first-time appointments at the outpatient clinics are within a two-month period.

“Policies aimed at improving in-patient care and career system is now being implemented to depart from relation-dependent care system.

“Also, all incoming referrals at the emergencies are attended to and reviewed by a senior resident doctor even if they are going to be referred for lack of bed space,” he said.

Fabamwo also disclosed that policies have been evolved aimed at ensuring that LASUTH patients no longer require radio diagnostic or laboratory investigations outside the hospital services.

According to him, the hospital has provided mini ambulances to move patients within the hospital and also tricycles to move elderly patients from the main gate to clinics and laboratories.

He said that steps are being taken to ensure full automation of all hospital services toward achieving its aim of becoming quaternary healthcare delivery institution.

The CMD added that the hospital was working toward establishment of best global healthcare standards and practices as it embarks on international accreditation.