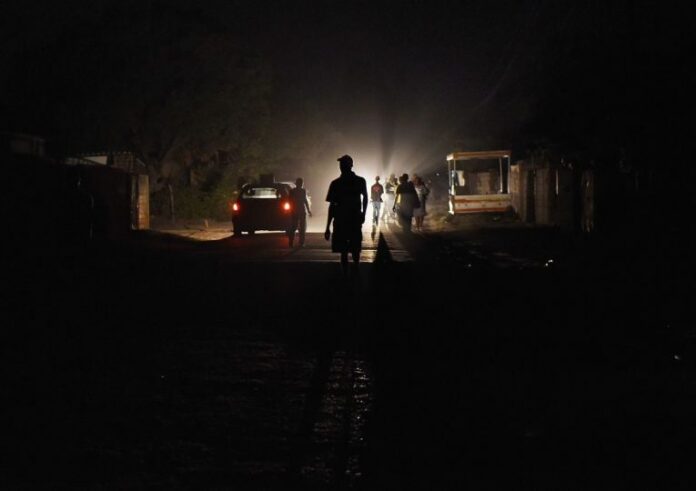 By Rukayat Moisemhe
Lagos, March 1, 2022 Manufacturers and industrialists in major industrial hubs around Lagos are currently agonising over an acute energy shortage that has crippled their operations.

Some of them lamented over the energy shortage, and proffered solutions in separate interviews with newsmen on Tuesday in Lagos.

Mr Saviour Iche, National President, Association of Micro Entrepreneurs of Nigeria (AMEN), was emphatic that the shortage of gas and other energy sources was hindering the operations of many Small and Medium Enterprises (SME) in the country.

Iche noted that if the energy shortage was not immediately addressed, it could lead to high inflation indices, higher costs of production, mass retrenchment and a more stifling operating environment.

He called on the Federal Government to permanently resolve matters causing scarcity of electricity, gas and others by repairing existing refineries to work to at least 98 per cent capacity.

He also stressed the need to make the sector more competitive, transparent and corporate governance compliant to tackle scarcity.

“It is very unfortunate that we find ourselves in this kind of situation, knowing that most multinationals and even small businesses use gas and other energy resources for their daily operations.

“Already, so many companies and industries are groaning and folding up and the few ones left are struggling to survive leaving the Nigerian manufacturing sector comatose.

“Up to 75 per cent of small industries are no longer producing to full capacity and we do not need a seer to tell us what would happen as there would be mass retrenchment of workers and it’s not good for a country with increasing crime levels.

“The cost of doing business and other effects of the energy shortage would trickle down to the end users or consumers that bear the brunt of the situation leading to high inflation,” he said.

To Dr Muda Yusuf, Chief Executive Officer, Centre for the Promotion of Private Enterprise (CPPE), power supply which has become erratic in the last few weeks is a harrowing experience for businesses and households.

This, he noted, was particularly so with the recent spike in in the cost of diesel and petrol scarcity.

Yusuf noted that pipeline vandalism was a major factor responsible for electricity shortage; a security matter over which the government and security agencies had primary responsibilities.

He said there was a limit to which investors could protect themselves in such matters and, therefore, urged the security agencies to live up to their primary role of protection of lives and property.

“The communities in the gas producing areas also need to support the security agencies through intelligence,” he said.

This, he said, constituted between 30 to 40 per cent of production cost thereby limiting the manufacturing competitiveness of the country.

Ajayi-kadir noted that while this had been the situation over the years, the recent scarcity of Premium Motor Spirit, petrol, further heightened the challenge on ground.

He stated that many manufacturers had reported the unimaginable amount they spent to purchase fuel when they eventually got to access it.

He said the assurances given by the NNPC and marketers had turned out to be false and stressed the need for government to act swiftly to stop the prevailing scarcity before it snowballed into a bedlam.

“There is no doubt that the situation has been practically frustrating for our members to say the least, but these are some of the situations we hope to overcome.

“As a matter of policy, significant amount of the 2000 MW stranded electricity in the system can be made available to manufacturers through this Eligible Customer Scheme.

“We equally urge speedy intervention in ending the PMS crisis before it escalates into bigger crisis with far reaching implication for the sector,” he said.

NAN reports that the country has in the past few weeks experienced shortage of gas and electricity which has taken a huge toll on businesses.

However, a report by Mr Emmanuel Ojor, Head, Communication and Public Relations, Niger Delta Power Holding Company (NPDHC), attributed the development to vandalism of some gas pipelines in the country.

Ojor said the situation had led to the shutdown of some power plants in the country and a drop in power generation.