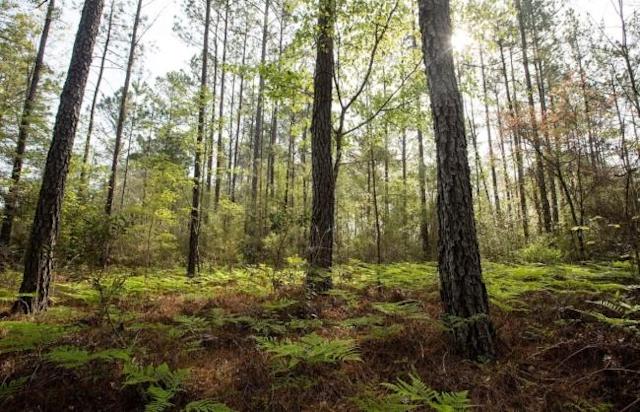 Around the world in 2021, extreme weather events became more frequent, while activists, organisations, and governments worked to understand — and plan — for the drastic changes happening to the earth’s climate.

While the world grappled with recovery from the COVID-19 pandemic, decades of environmental degradation came into our collective consciousness as we saw the impact of climate change in our communities first-hand.

Floods, landslides, heatwaves, wildfires, snowstorms, and other manifestations of climate change have become frequent and highlight the importance of immediate and widespread

In Nigeria’s Ekiti State, harmful deforestation practices like indiscriminate tree felling, commercial logging, and bush burning activities, have impacted the lives of the state’s more than 2 million people who rely on subsistence farming to feed their families.

Rainfall and extended rainfall seasons have altered planting and harvesting plans for these farmers, while deforestation has led to erosion, increasing the risk of flooding and impacting the local farming communities.

Against the backdrop of all these environmental challenges, Global Citizens and campaign partners united in taking action to defend the planet and defeat poverty, through last September’s Global Citizen Live campaign. In the lead up to the 24-hour Global Citizen Live broadcast on Sept. 25, Global Citizens took 110,000 actions in support of adaptation and climate solutions measures. During the event key commitments were announced to help defeat poverty, combat climate change, and end the pandemic, totalling more than US$1.1 billion, 157 million trees, and over 60 million COVID-19 vaccines.

Now the Ekiti State Governor Dr. Kayode Fayemi has further pledged to fight climate change in the state through the following measures:

Plant 500,000 trees in Ekiti by December 2022: Two-thirds of these will be rare and indigenous trees natural to the environment in Nigeria, and which have been lost over the last 50 years — some almost to extinction.

Plant at least 5 indigenous or rare trees in every primary and secondary school in Ekiti State by December 2023: To foster education and awareness of deforestation and the effects of environmental degradation in schools.

Ekiti Forestry Commission will conduct a comprehensive biodiversity study by December 2022: This will determine wildlife and conservation hotspots, survey animal, tree, and other biodiversity sources, and enumerate local natural heritage with a focus on rare and endangered species.

The state of Ekiti will complete satellite imaging assessment of forest coverage and growth across Ekiti State by February 2023.

The State Statistical Office will produce a roadmap for forest conservation by February 2023, including a comprehensive management plan for all forest reserves in Ekiti.

In his commitment video, Fayemi said, “While we continue to create a sustainable planet for the future, I would like to salute Global Citizens who have consistently lent their voices to create change across the world. Your voices matter; and together we can transform our world.”

Global Citizen spoke with Olly Owens, technical advisor to the Ekiti State governor on environment and sustainability, about this commitment, why it is important, and how it will impact the lives of millions of people in the state.

Why is it important to the state government to make this commitment?

Owens: As the world enters the “decisive decade” in which we have the chance to avoid climate disaster, there is an increasing awareness that environmental issues aren’t just a concern for citizens of developed countries who have time to address concerns other than basic needs, they also deeply affect our everyday existence in Africa, in Nigeria, and in Ekiti.

As Governor Fayemi says in our commitment video: “There is undeniable proof that the well-being of our population is linked to better climate outcomes.”

We may not have caused this problem but we need to make sure we are resilient to its challenges — that means having specific, timely, and measurable goals which we follow through on implementing.

How is climate change affecting the people of Ekiti State at the moment?

There are so many ways climate change affects us every day, whether we are aware of it or not. As a rural state in which our people have strong connections to the land, if you talk to farmers you will immediately hear that rainfall patterns have changed, and nobody can be sure of when to plant any more in order to avoid crop failure.

Or look at increased rainfall erosion and flooding — something we hear about every year in our towns and cities. Or wildfires, or heat spikes, which are becoming more common.

How significant is afforestation in reducing the impact of climate change on citizens of Ekiti State?

Over the 20th century, Nigeria had the highest average temperature rise of any country in Africa, largely because Nigeria also has one of the world’s fastest rates of deforestation — we lost over 90% of our original forest resources in the same period.

Many tree species that were once common in Ekiti are now near-extinction locally. Deforestation has led to erosion, soil degradation, increasing flooding, raising greenhouse gas emissions, losing biodiversity upon which people rely for foods, medicines and ecosystem services, and diminishing nature’s capacity to store carbon.

So planting trees in our landscape is the single biggest difference we can make in the battle to reverse that and get back on top of environmental change.

​Fossil fuels are a big contributor to climate change. How is the Ekiti state government reducing its dependence on fossil fuels?

As we all know, Nigeria’s electricity supply is not enough to meet its needs and historically, we have come to rely on supplementing with generator sets and the like.

But now we also have several Nigerian and foreign investors active in Ekiti rolling out mini-grids of solar power, which can both bring light to places which don’t have it, and do that without using more fossil fuels.

As the state government, we are also working with private partners to do things like power the Ikogosi Resort with electricity from renewable sources.

How important is climate financing to achieve the government’s climate and sustainability goals?

This is really important for us. If climate financing only stays at the Federal level, it will not be able to impact the lives of most Nigerians.

We are actively working on partnering with international institutions — private, nonprofit, and multilaterals — to bring financing to Ekiti to kickstart projects here, and we can point to several which we have already done with our own small resources. When it comes to the environment, we are very much open for business.

What are the advantages of conducting a biodiversity study of the state and how does it help reduce climate change?

When we know what we have, we will know what we need to protect. This study will show the best areas in Ekiti to host rich environments and rare plant and animal species — including the medicines, foods, spices, and nutritional inputs which our people have relied upon for generations.

Think of these as the banks where our natural capital is saved — we need to first protect these, and then leverage them in the work of reforestation and landscape protection more widely.

Why is it important to plant rare and indigenous trees natural to Ekiti state in schools around the state?

The youngest generation of Ekiti citizens are so important to the fight against climate change — it is in their lifetimes that the battle will be won or lost; either resulting in a more sustainable world and a life more abundant, or bequeathing them a legacy of climate disaster and precarity.

So involving them brings this home in a tangible form — and we have selected indigenous and rare trees for that because this shows school students how these trees are a part of Ekiti heritage, of which we should be proud.

It focuses their minds on the challenges, gives them a sense of personal ownership; and it assures that the trees will not only be protected on these public grounds, but will form a resource for education in environmental sciences and other curriculum areas.

Can you share some traditional practices in Ekiti state, if any, that reduce the impact of climate change?

There are so many, which we may see as old-fashioned, but are actually very valuable environmental wisdom.

One would be the practice of including a number of indigenous forest trees inside cocoa farms — rather than stunting cocoa growth it actually helps regulate shade and humidity, and provides some other tree harvests to supplement the cocoa income.

Others might be old community rules for the preservation of groves and streams, which provide benefits like medicinal herbs or water supply.

What are some fun facts about Ekiti state you’d like to share with Global Citizens around the world?

One that most people don’t know is that Ekiti is one of the last surviving refuges of a unique sub-species of the Nigeria-Cameroon chimpanzee — which we are now protecting with a new nature reserve we opened in 2019.

Also, just for fun, Ekiti State’s Ikogosi Resort is perhaps the only place in the world where you can stand with one foot in a natural hot spring and the other in a cold spring at the same time.

How can the people of Ekiti State, and Global Citizens around the world, take action in their daily lives to reduce the effect of climate change on their environment?

African citizens in general have not caused as much of the problem as people in developed countries, who consume more energy and more industrial products.

But we are developing, and so we are consuming more.

We just need to be more conscious that our environment is not writing us a blank cheque. Think of where we throw our rubbish and realise that in our everyday acts we are custodians of our environment, which is actually delicate.