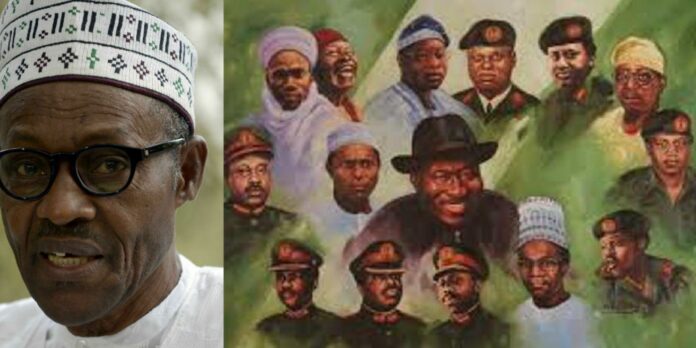 Please use the sharing tools found via the share button at the top or side of articles. Copying articles to share with others is a breach of FT.com T&Cs and Copyright Policy. Email licensing@ft.com to buy additional rights. Subscribers may share up to 10 or 20 articles per month using the gift article service. More information can be found at https://www.ft.com/tour.
https://www.ft.com/content/c4025da8-7951-4ed1-bccd-5d546f86786c

On the British Airways flight between London and Nigeria’s administrative capital of Abuja, one of the airline’s most profitable routes, nearly all the space is taken up with flatbeds. The unfortunate few making their way to a crunched economy section at the back must trudge through row after row of business class.

Evidently, there is plenty of money to be made in Abuja’s corridors of power. Nigeria’s economy may be flat on its back, but the political elite flying to and from London will spend the flight flat on theirs, too.

Next year, many of the members of government will change, though not necessarily the bureaucracy behind it. Campaigning has already begun for presidential elections that in February 2023 will draw the curtain on eight years of the administration of Muhammadu Buhari, on whose somnolent watch Nigeria has sleepwalked closer to disaster.

Buhari has overseen two terms of economic slump, rising debt and a calamitous increase in kidnapping and banditry — the one thing you might have thought a former general could control. Familiar candidates to replace him, mostly recycled old men, are already counting their money ahead of a costly electoral marathon. It takes an estimated $2bn to get a president elected. Those who pay will expect to be paid back.

There are some promising candidates. If Yemi Osinbajo, the technocratic vice-president, were miraculously to make it through the campaign thicket and emerge as president, the hearts of Nigerian optimists would beat a little faster.

But that may be to underestimate the depth of Nigeria’s quagmire. The problem is not so much who leads the government as the nature of government itself.

Nigeria’s administration is fuelled by oil — though not its economy; more than 90 per cent of output is generated from non-oil activities. But for decades, the business of government — whether military or, since 1999, democratic — has been to control access to oil revenues and earn patronage by spreading petrol-dollars to federal and state supplicants.

Outside oil, government raises a petty amount of revenue, proportionally much less than other African states. Since the provision of services is so dire, no one who can afford to pay taxes is willing to do so. Nigerians with money opt out of the system. They send their kids to private school, attend private hospitals, employ their own private security and generate their own power. The state borrows ever more heavily to fund what little capital expenditure there is and service mounting debts. Like a giant leech at the top of the body politic, government is essentially there to fund itself.

This thwarts the aspirations of millions of highly capable Nigerians. Officials extract “rent” by controlling access to business opportunities. The objective thus becomes to slow down investment not speed it up.

Almost all the energy, drive and wealth creation in Nigeria happens outside government. New unregulated businesses in the booming tech sector, fashion, design and the creative arts are flourishing. Every day, tens of millions of Nigerians somehow get by, despite the efforts of those supposedly looking out for them.

As is said of India, Nigeria grows at night while the government sleeps — hardly surprising that some libertarian tech entrepreneurs want the government to withdraw and leave the private sector in charge.

In reality, the government is not too big. It is too small. The federal budget — not counting money transferred to states — is about $30bn, derisory for a population of more than 200m people. Only trust in government — and a willingness to pay taxes — can redress this balance.

Nigeria desperately needs an administration whose energies go not into preserving its own privilege but into providing public goods — basic education and health, rule of law, security, power, roads and digital infrastructure. It must remove distortions and subsidies that direct entrepreneurial activity from production to arbitrage.

The chances of a corrupt system reforming itself are slim. But if Nigeria’s ruling class cannot manage it, any remaining faith Nigerians have in their system of government will evaporate. That way lies disaster.