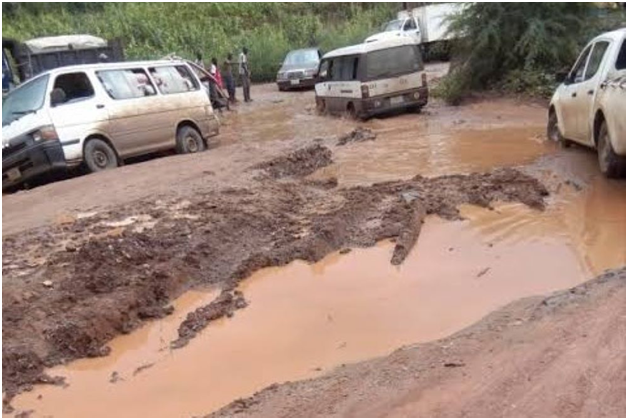 The Federal Government earned N1.77tn from sukuk bonds over a period of four years, according to a report obtained by our correspondent.

The sukuk bonds, which are sharia-compliant bond-like instruments used in Islamic finance, were issued to finance over 97 road projects across the country.

In 2017, the Federal Government raised a N100bn seven-year debut sukuk bond for the financing of 25 road projects across the six geo-political zones of the country.

The N100bn sukuk bond, which had a subscription of N105.88bn, was oversubscribed by about N6bn by investors including pension fund administrators, banks, and fund managers.

The DMO disclosed that some of the roads financed by the bond included the Abuja-Abaji-Lokoja Road, the Obajana-Okene Road, the Suleja-Minna Road, the Kaduna Eastern Bypass Road, Ibadan-Ilorin Road, Kolo-Otuoke-Bayelsa-Palm Road, Enugu-Port Harcourt Expressway, Kano-Maiduguri Road, and Damaturu-Potiskum Road.

The bond which was aimed at funding road infrastructure across the six geo-political zones is payable semi-annually.

In 2020, the Federal Government’s sovereign sukuk bond of N150bn offered to investors was oversubscribed by N519.12bn.

It said it allotted N162.57bn to investors in the third sovereign sukuk. The debt office, in a statement, said the high demand for the bond came from a wide range of investors, including ethical funds, insurance companies, fund managers and retail investors.

The DMO had also said, “The sukuk issuances are project-tied and are used to finance specific projects, which are disclosed to investors.”

It said the proceeds of the issuance would be used to finance 44 critical road projects across the six geopolitical zones of the country.

The sukuk funding was deployed in rehabilitating the Outer Marina Road, a major road connecting Lagos Island to Victoria Island, Falomo and Ikoyi.

The Minister of State for Works and Housing, Abubakar Aliyu, had said in March 2020 that the Federal Government spent N200bn raised through sukuk bonds on 53 critical highway projects across the country between 2017 and 2018.

The DMO had said that the 10-year offer would be for road projects in the Niger Delta and federal capital territory.

In a statement last week, the DMO had said “The increasing level of participation by a more diverse and larger number of investors is a confirmation that the DMO’s objectives of issuing sovereign sukuk to grow the domestic investor base and promote financial inclusion is being achieved.

“In addition, the high subscription level is proof of investors’ acknowledgement of the impact the N362.57bn sovereign sukuk issued between 2017 and 2020 has had on the development of road infrastructure in Nigeria.”

It said that the proceeds of the N250bn sovereign Sukuk would be used to finance the rehabilitation and reconstruction of road projects across the six geopolitical zones and the federal capital territory.

Despite being a non-interest loan, only four sukuk bonds have been issued in about four years, with none issued in 2019, unlike FG bonds issued monthly.

Speaking with our correspondent on the sukuk, the DMO Director of Portfolio Management, Mr Oladele Afolabi, said the low number of sukuk bond issuance was due to certain strict limitations on the bond.

He said, “When we offer a sukuk, we must say what we are using it for. We are going to finance certain roads, and we must list the roads. Because of the restrictions of non-interest finance, you cannot just borrow for general purposes, you must say what you what to do with it.

“The people investing in the sukuk bond know what they are investing in. There are some restrictions. For instance, one cannot issue a sukuk bond to build a factory producing beer or cigarettes. It is not illegal but due to ethical considerations, one may not what to finance such activities.

Afolabi also said although it is a non-interest loan, the government is expected to pay rents on the roads to the sukuk investors during the tenure of the loan.

He said, “Government transfers its roads to sukuk holders for that period. So, they become legal owners of that road. Government is now renting the roads from them so that citizens can travel on those roads. The government pays rent to the sukuk holders based on an agreed rental rate payable every six months.”

The DMO DG, Ms Patience Oniha, had been reported as saying that “Rental payments will be credited bi-annually, directly to the investors’ bank accounts as and when due.

At maturity, the principal investment will also be credited directly to the bank accounts specified by the investors in their application forms.”