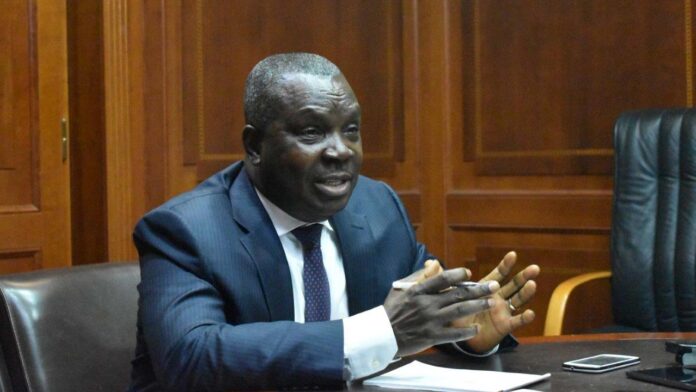 The investing public may not have heard in details the main reasons why Austin Avuru, a former chief executive officer of Seplat Energy Plc who later became a Non-Executive Director was sacked from the Board of the energy company.

Seplat Energy Plc had on Thursday December 23 notified the Nigerian Exchange Limited (NGX) that its Board has terminated the contract of appointment of Austin Avuru as a Non-Executive Director.

Seplat Energy told the NGX that Avuru’s appointment was terminated on December 22, 2021, “due to breaches of the Company’s corporate governance policies and his fiduciary duties.”

Shortly after SEPLAT hammer fell on Avuru, Perchstone & Graeys, law firm  representing the sacked Non-Executive Director  said the allegations levelled against him (Avuru) by Seplat Energy Plc were aimed at “damaging his hard-earned reputation” based on “fictitious allegations” even though the same statement accepted that their client (Austin Avuru) had taken “an ill-advised action”.

The law firm had said this in a statement issued last week and signed by Osaro Eghobamien and Folabi Kuti, its lawyers.

However the emerging facts seem to bear serious consequences.

Under the Companies and Allied Matters Act, 2020 (CAMA), directors have a duty to exercise their powers and discharge their duties honestly, in good faith and in the best interests of the company. They are also expected to exercise that degree of care, diligence and skill which a reasonably prudent director would exercise in comparable circumstances.

It was learnt that following an enquiry by the Board of Directors of SEPLAT, Avuru had on December 1, 2020 admitted his conflict of interest in connection with SEPLAT’s business and more particularly its proposed acquisition of some Nigerian assets in which ExxonMobil Corporation has interests.

Avuru also admitted that he had on that date been appointed the Chairman of Chappal Petroleum Development Company Limited (Chappal) and that Chappal had been invited by ExxonMobil Corporation for discussions and possible access to their database in respect of the Assets.

Further enquiries by SEPLAT Board revealed that Avuru had already acquired interest in Chappal over nine months earlier, as far back as March 2020, whilst he was still CEO of Seplat Energy.

More revealing was that the incorporation documents of Chappal as shown at the Corporate Affairs Commission (CAC) revealed that Avuru was and remained both a founding shareholder and director of Chappal, but he failed to disclose his interests in Chappal to the Board in December 2020.

It was further learnt that prior to December 1, 2020 Avuru was much aware, but failed to disclose, that Chappal had put in a bid for the said oil and gas Assets.

SEPLAT Board after completing the process of its review was satisfied that Avuru failed or refused to disclose a conflict of interest as soon as he acquired interest in and was appointed a director of Chappal and became aware that Chappal was bidding for the Assets.

Avuru knew that SEPLAT which he was a Non-Executive Director was also interested in the Assets and he had participated in SEPLAT’s Board discussions relating to SEPLAT’S bid for the Assets.

These findings seemed to have affirmed for Board of SEPLAT that Avuru by his actions clearly breached his fiduciary duties and obligations as a director as stipulated under existing Nigerian Code of Corporate Governance (NCCG) as well as the Securities and Exchange Commission (SEC) Code of Corporate Governance to which Avuru’s appointment was subject.

Avuru as then Non-Executive Director had a duty to notify SEPLAT of his appointment onto the board of Chappal, bearing in mind that he was the CEO of SEPLAT at the time and both companies operate within the same industry.

SEPLAT Energy has a standard listing on the Main Market of the London Stock Exchange (LSE), therefore the company is publicly committed to comply voluntarily with and to abide by the United Kingdom’s Code of Corporate Governance (UK Code).

In accordance with the UK Code provisions, Board directors are not only expected to act in a manner consistent with their duties under company law, but also to uphold the highest standards of integrity.

Prior to appointment into the Board, directors are expected to disclose their significant commitments to the board (together with an indication of the time involved) and additional external appointments are not to be undertaken by directors without prior approval of the board.

By not notifying the SEPLAT board of his appointment to the board of Chappal in March 2020, at a time when Avuru was the CEO of SEPLAT, and not seeking prior approval from the SEPLAT board to take on this new appointment, Avuru acted in a manner that was inconsistent with the provisions of the UK Code and the guidance.

It was further learnt that Avuru also failed to disclose his appointment as a director of Chappal when he accepted the role of a Non-Executive Director (NED) of SEPLAT.

No doubt, prompt and timely disclosure of this board appointment was particularly key in allowing SEPLAT Board to assess the risk of any conflict of interest arising and to take appropriate measures to manage a potential conflict.

Considering the statutory requirement from directors, Avuru had a duty to exercise good faith and a reasonable degree of care and prudence in how Avuru handled the potential conflict.

He failed to exercise his duty of care to SEPLAT by being forthright in disclosing the conflict or likelihood of conflict of interest to SEPLAT, before or promoting/ incorporating Chappal in March 2020.

By failing to promptly disclose his directorship in Chappal, Avuru placed himself in a position where his duties as a director of SEPLAT conflicted with the concurrent opportunities he pursued as founding shareholder and director of Chappal and SEPLAT in a position where it was temporarily unable to take prompt action to manage the potential conflict of interest and to comply with the provisions of CAMA as well as the principles of the NCCG, SEC and UK codes.

For almost one year, Avuru’s attention was said to have been fully with Chappal as against SEPLAT, a situation that was most unfair to SEPLAT, its shareholders and other stakeholders.