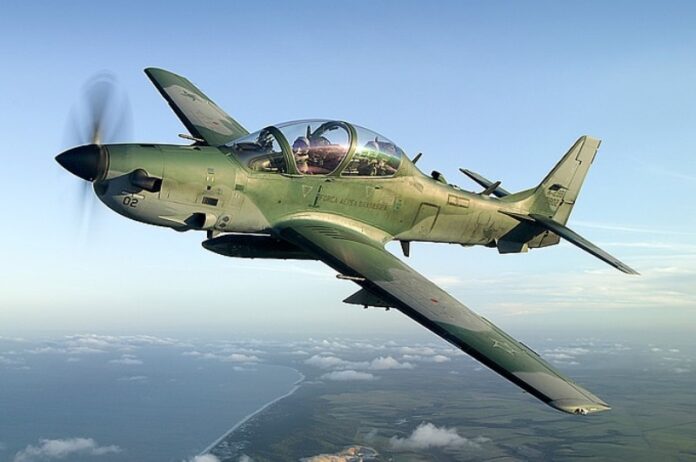 The latest acquired Super Tucano aircraft of the Nigerian military has destroyed the armoury and training bases of ISWAP terrorists in the Lake Chad Basin.

Naija247news learnt that terrorists at the locations were also killed during multiple bombardments carried out by the Air Task Force of Operation Hadin Kai at Kayowa, Tumbum Jaki and Tumbun Akawu.

An Intelligence-led aerial and ground coordinated operation on Tuesday identified the ‘acclaimed’ ISWAP Headquarters, housing hundreds of the sect’s commander, fighters and their armoury.

A military source told Newsmen that said the strikes were executed after a surveillance and reconnaissance mission, had indicated a gathering of terrorists working with tools in the Lake Chad communities.

“The locations had earlier been reported by intelligence sources as places where IED factory are located as welding activities concealed under dense vegetation were suspected.

“During the strike, explosions were observed confirming that there were bomb-making materials at the location.

“An early damage assessment confirmed the elimination of several high-ranking insurgents’ commanders and their foot soldiers, in the operation.”