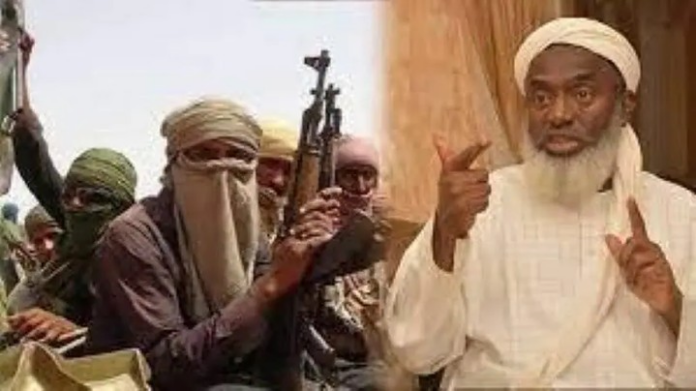 Naija247news had reported that Justice Taiwo Taiwo of the Federal high court in Abuja declared the activists of two bandits groups, Yan Bindiga and Yan Ta’adda as acts of terrorism.

In a statement by Malam Tukur Mamu, the Dan-Iyan Fika and Media Consultant to Sheikh Gumi, the Muslim scholar said: “I think the Federal Government has succumbed to media blackmail by a section of the country. It will not have any practical value because even before the declaration they are being fought and treated as terrorists.”

“So it’s just a nomenclature which I believe will not change the dynamics on ground.

“If you can remember IPOB was also declared a terrorist organisation, the declaration was even backed by the order of the Court but as you can see even the international community did not recognise FG’s declaration of IPOB. So it has failed to be effective or to achieve the desired results.”

“They have not been ban from travelling to other countries while their citizenship remains intact, it has not been denounced. So what type of declaration is that?

“I sincerely hope that Nigerians will not take the herdsmen as terrorists but should regard the criminality of the few among them against innocent people as acts of terrorism just as we see IPOB and their attacks on security agencies and other northern citizens as acts of terrorism. Very few herdsmen are bandits if you go through their population.”