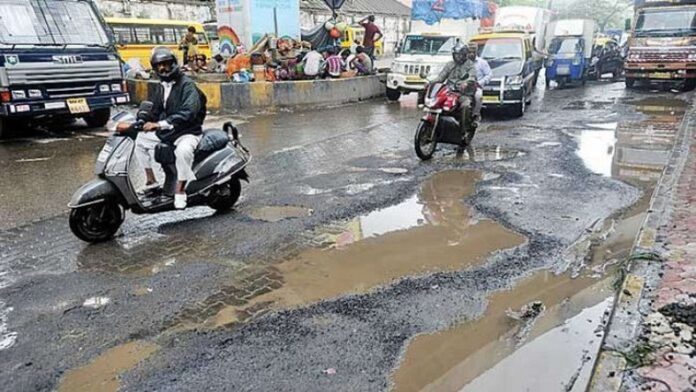 Incessant road traffic crashes on Nigerian roads is very perturbing. As a hydra-headed monster, these auto accidents on Nigerian highways have snuffed out the lives of many promising youngsters, and sent many illustrious citizens to the great beyond.

There are thousands of Nigerians who have become permanently deformed and disabled due to loss of one body part or another, in road accidents they were involved in, at various points.

It is alarming that auto crashes, especially on Nigerian highways are on the rise. On a daily basis, showing no sign of abetting. At least, not in the near future.

On one hand, the frequent crashes have also become stumbling blocks towards achieving national security in the country.

The latest Nigeria’s National Security Strategy 2019, a document produced by the Office of the National Security Adviser (ONSA) Babagana Monguno, recognized land transportation as a vital aspect of the socio-economic well-being of Nigeria.

It is a major facilitator of growth and development and promotes manufacturing, food security, industrial development, tourism, education, health and socio-economic development, thus making it an enabler of national security.

However, a daunting report released by the Federal Road Safety Corps (FRSC) indicated that the corps has recorded not less than 5,320 road traffic crashes (RTCs) involving 8,808 vehicles with 2,471 deaths in the first half of 2021 nationwide.

Figures from the agencies placed Nigeria’s road casualty average at 33.7 per 100,000 people annually making Nigeria one of the countries with the highest number of fatalities in Africa and this is tragically ugly. It was estimated that about 15 persons die in Nigeria on a daily basis due to road traffic accidents, or four persons every six hours, or 426 per month.

The figures really indicated a terrifying situation. Comparatively, Nigeria’s road traffic deaths and injuries are some of the highest in any country. The global average stands at 17.4; the African average is 26.6 of 100,000 inhabitants, as stated by the International Transport Union. Norway, which has the safest roads, has a 2.0 casualty rate per 100,000 persons. Zimbabwe has the highest road death rate in the world with average pegged at 74.5 per 100,000, the ITU says.

Recently, on October 28, Kano students were killed in a ghastly auto crash around Bichi Local Government Area en route to Katsina state. The incident left five dead while another 13 were hospitalized.

Another accident occurred in late July during an unforgiving night trip, leading to the incineration of five young graduates on their way to the National Youth Service Corps orientation camp in Abuja. Again, in Jibya, Katsina State, a Nigeria Customs Service vehicle crushed eight persons on the roadside while chasing suspected smugglers in early August.

Moreover, roads have gone horribly wrong for Nigerians this year to the extent of becoming like death traps. Major RTCs have claimed lives repeatedly in Oyo, Anambra, Osun, Niger, Ondo, Lagos, Bauchi, Katsina and Zamfara states this year. Still, in August, in Ibadan, Oyo State, five people including two siblings who are writing the National Examination Council School Certificate were crushed to death by a petrol tanker.

Tentative data from 2020 showed that no fewer than 4,918 fatalities were recorded in auto accidents. In the second quarter of 2020, road transport data reflected that 2,080 road crashes occurred in which 855 Nigerians were killed and another 5,535 got injured. These accidents come along with them a lot of economic losses to the victims and the state as whole.

The World Health Organisation says that road traffic accidents cost low- and middle-income countries between 1.0 and 2.0 per cent of their Gross National Product annually. This is more than the development aid the countries receive. In the first three quarters of 2018, the Federal Road Safety Corps put the economic losses to road traffic crashes at N9.8 billion. That is a huge sum!

In Nigeria, most of the highways are not motorable, filled with a lot of potholes. The FRSC, the main public agency mandated for ensuring the safety of roads, appears unusually distracted, weak, shorthanded, under-equipped and currently ineffective to stem the bloody tide.

On the other hand, individuals’ negligence on the part of drivers is quite excessive. Commercial drivers overload their rickety vehicles, engage in excessive speeding, drive against the traffic (‘one-way’ in local jargon), use of worn-out tires and poor vehicle maintenance are rampant.

Generally, the bad behavior on Nigerian roads is intense – from lawless, reckless, and siren blaring VIPs to the impunity of the security and paramilitary personnel.

In order to curb the menace, the FRSC has previously introduced many precautionary measures including speed limiters, reflexive stickers, and helmets for riders but without any tangible results so far.

Nevertheless, to overcome the scourge, the Federal Government should reposition and refocus the FRSC.

Buhari should invest copiously in road safety, empowering the FRSC to enforce road safety laws, starting from the VIPs and down to the average motorist. Additionally, measures should be made to ensure proper maintenance of the roads so as to reduce the risk of auto crashes as well as bandits, armed robbers and kidnappers who take advantage of the dilapidated condition of the roads to commit their heinous acts.

It is commendable now that the Federal Government has recently given a green light to the Nigerian National Petroleum Corporation (NNPC) for the construction/rehabilitation of twenty-one federal roads across the country.

This will surely contribute immensely towards bringing sanity to the road transport system in Nigeria.

Mukhtar wrote from Kano via; ymukhtar944@gmail.com