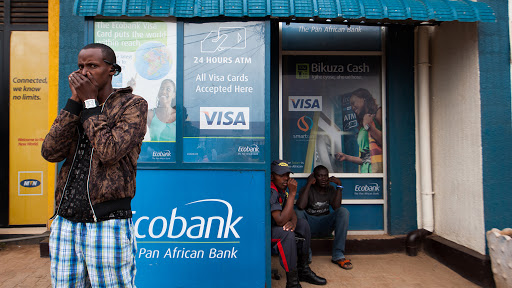 Ecobank Nigeria Limited has warned Flour Mills of Nigeria Plc against the proposed acquisition of equity stake in Honeywell Flour Mills Plc, alleging that Honeywell Group Limited, the parent firm, had not been paying up its loans from the bank.

But a letter seen by our correspondent which was signed by solicitors to Ecobank, Kunle Ogunba and Associates, and addressed to the Managing Director of Flour Mills of Nigeria, cautioned the public and corporate bodies on the “danger inherent in dealing in any shares of the company.”

×
The bank said due to the failure of the company to liquidate the said loan facilities, it was constrained to commence winding up proceedings against Honeywell Group Limited at the Federal High Court, Lagos in suit no: FHC/L/CP/1571/2015.

It said, “However, while the said action was dismissed at the Federal High Court and the Court of Appeal, it is pertinent to state that an appeal with appeal no: SC/700/2019 has been filed challenging the said decision at the Supreme Court (Notice of Appeal is herein enclosed and marked as Annexure C).

“Hence, the effect of the above is that there is currently a winding-up action/proceeding pending against the said Honeywell Group Limited.”

he bank quoted a provision of Section 577 of the Companies and Allied Matters Act 2020 as saying, “Where a company is being wound up by the court, any attachment, sequestration, distress or execution put in force against the estate or effects of the company after the commencement of the winding-up is void…”

This, according to Ecobank, restricts Honeywell Group from proceeding with the sale of Honeywell Flour Mills to Flour Mills of Nigeria.

It added, “Consequently, we hereby demand that Flour Mills of Nigeria Plc, in its best corporate interest, immediately cease and desist from consummating the subject transaction, which aims to divest the assets of a company being wound up (Honeywell Group Limited).

Nigeria’s debt stock hits N42.7tn, Senate okays fresh $16bn loans
“Please be further informed that the assets of both Honeywell Group Limited and Honeywell Flour Mills Plc. are the subject of the winding-up action and thus based on the doctrine of “lis-pendens” (in addition to the provisions of CAMA supplied above) you are advised to refrain from dealing with the subject asset which forms part of the subject matter of litigation.”