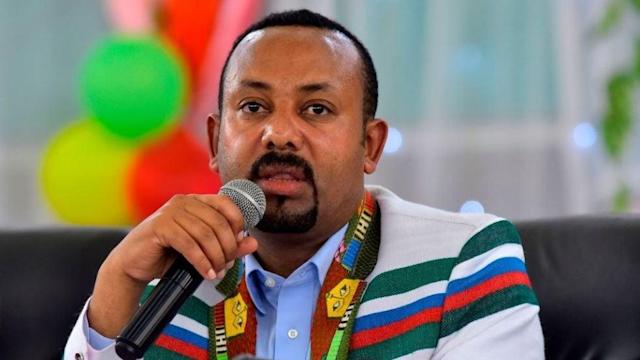 Ethiopia’s government said its prime minister, Abiy Ahmed, has arrived on the front lines to take charge of troops amid the ongoing conflict with Tigray fighters, The Associated Press reported.

A government spokesperson confirmed to the newswire that Abiy arrived at the battlefront on Tuesday, while his own spokesperson, Billene Seyoum, denied a request for details on his current location.

Abiy, a former soldier and Nobel Peace Prize winner, announced earlier this week that he would head into the battlefield, saying “this is a time when leading a country with martyrdom is needed,” via the AP.

Government spokesman Legesse Tulu said Wednesday that Ethiopia’s deputy prime minister will be handling the day-to-day operations for the government as Abiy is at the battlefield.

Some have shared their disapproval of Abiy’s latest move.

“The situation is extremely dangerous,” International Institute for Democracy and Electoral Assistance researcher Adem Abebe told the AP. “If [Abiy] gets hurt or killed, it’s not just the federal government that will collapse, the army will as well.”

Abiy has also urged able-body citizens to join him in the fight, with reports of hurried military training and allegations of forced military drafts within the past months, the AP reported.

Since November 2020, tens of thousands of people have died in the conflict between Ethiopian troops and fighters from the country’s Tigray region amid a political rift between the two sides.

The war has left millions of civilians trapped and in starvation, according to the AP.

Ethiopia’s government has blockaded the Tigray region for months over fears that humanitarian aid would end up in the hands of fighters, while citizens in the neighboring regions of Amhara and Afar are struggling with little to no aid.

U.S. Special Envoy for the Horn of Africa Jeffrey Feltman told reporters on Tuesday that he fears “nascent” progress between the two sides would end due to military developments, the AP noted