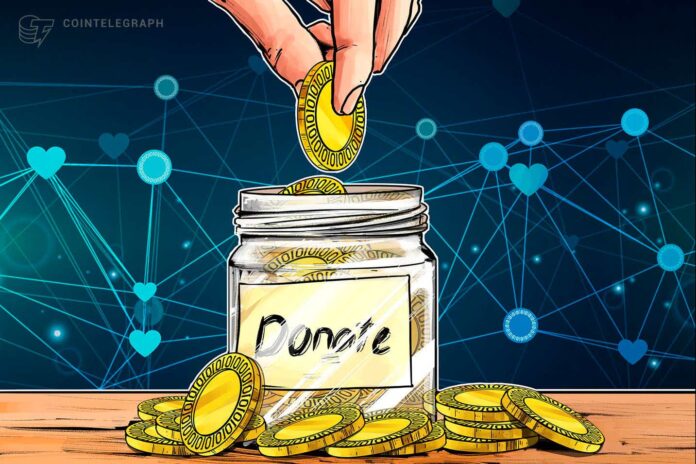 The retailer is one of many to embrace the potential of NFTs, but its effort to share the wealth is more than a seasonal trend.

The crypto market’s 2021 surge fueled a rise in charitable giving, and major nonprofits, like UNICEF, are embracing the shift and connecting with crypto platforms to welcome year-round digital donations. Let’s take a closer look.

Forty-five percent of crypto holders donated $1,000 or more to charities in 2020 compared to 33% of all investors, according to a new report by Fidelity.

This year, Fidelity Charitable — the firm’s nonprofit arm and the U.S.’s largest grantmaker — has received over $274 million in crypto, nearly quadrupling its 2017 record of $69 million.

Millennials are more charitably inclined and more likely to invest in crypto than their baby boomer or Gen X counterparts, the survey reports. Fidelity Charitable’s Tony Oommen noted, “As investors — particularly Millennials — combine their interest in digital currency with their charitable values, digital assets have the potential to become a significant source of funding for philanthropy.”
Major foundations like The American Red Cross, Save The Children, and International Animal Rescue accept crypto donations. Many, like The Fred Hutchinson Cancer Research Center, instantly convert crypto gifts into U.S. dollars to fund initiatives, while some like GiveCrypto.com send crypto directly to unbanked people in need.
Meanwhile, crypto-native organizations like Endaoment, The Giving Block, and BitGive use blockchain tech to simplify donating. BitGive’s GiveTrack platform uses Bitcoin’s public ledger to show BTC donors exactly how their funds are being used, while The Giving Block helps over 600 nonprofits set up wallets, auto-convert donations to U.S. dollars, or simply hold gifted crypto.
Macy’s auction is just one of many charitable NFT projects this year. This fall, The World Wildlife Fund in Germany launched their “Non-Fungible Animals” initiative to aid endangered species, while tech-literacy organization StreetCode Academy auctioned “pNFTS” (philanthropic NFTs) to help underserved BIPOC community members join the tech economy.
Why it matters… Charitable giving in the U.S. reached a record $471 billion in 2020, and as more of crypto’s nearly $3 trillion market trickles into the social sector, nonprofits could see significant changes — and not just to donation amounts. As more organizations like Endaoment and BitGive build blockchain-native platforms, donors will be able to track how their contributions are being spent, offering new transparency to an often opaque process. But exactly how will the next era of philanthropy play out? As BitGive board member Paul J. Lamb puts it: “The future of giving is for all of us to imagine and create, built on our common desire to give back.”