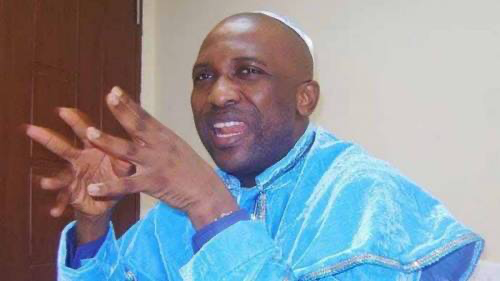 According to him, the country’s economy will continue to somersault as he predicted further the calamities that will befall major politicians and political parties.

The prophet had earlier in the year predicted the Ikoyi building collapse, Tribune reports.

He was quoted as saying, “Nigerians will face more hardship in 2022. There will be more austerity. Nigeria’s economy will continue to somersault. There will be death of a prominent politician. Nigeria’s next president will shock everybody.

“Forget about the issue of rotational presidency. I have said it before that a Northerner will emerge president if the South is not serious. Some states will collapse. Some of President Muhammadu Buhari’s ministers will be sacked and rubbished.”

Speaking on the political ambition of former Lagos State governor Bola Tinubu, Ayodele warned that “Tinubu should face Lagos and forget vying for the federal. A new set of politicians will emerge that will take over Nigeria. The AGF (Attorney-General of the Federation, Abubakar), Malami, will face challenges.

“Governor Seyi Makinde of Oyo State must not fight his deputy so that he can have a political home, otherwise he will shoot himself in the foot.

“APC must settle its rift in Osun State. I haven’t seen any PDP candidate that can defeat Oyetola for second term. He should adjust because they want to divide his party. Governor Kayode Fayemi of Ekiti State must put his party in order in the next 60 days, otherwise, APC will lose Ekiti to PDP.

All factional members of Ekiti PDP must come together within 65 days if they want to win. The election in Anambra must be free and fair so that it won’t affect 2023 general election.

“Some governors will face challenges in their race for a second term in office. The price of food produce will be very high. The head of ISWAP will be killed.

“Let’s pray not to lose a president in Africa. Another terror group will take over from Boko Haram and ISWAP. A popular NURTW (National Union of Road Transport Workers) member will pass on.

A governor’s convoy will be attacked. Kenyan election will shock the incumbent president.”