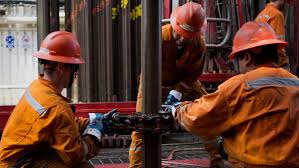 The Organisation of Petroleum Exporting
Countries and its allies (OPEC+) on Thursday, November 4, 2021 adjusted upward the monthly production quota of members by 0.4 percent, with Nigeria’s quota rising to 1.67 million barrels per day (mbpd) for December 2021 (from 1.65 mbpd which it was previously pegged at).

Nevertheless, while the Middle
Eastern members of the cartel like Saudi Arabia, Iraq and the United Arab Emirates were increasing supplies in line with their schedule, their counterparts in Africa are struggling to achieve theirs.

Hence, the decision by OPEC+ to
slightly increase members output to bridge the gap.

Some African countries, especially Nigeria and Angola have under-performed in the last two months.

For Angola, the country was reportedly plagued by investment constraints resulting in declining supply from deep water oil fields. In Nigeria, Royal Dutch Shell Plc invoked a clause suspending exports from its Bonny Oil Terminal after a pipeline halt.

Meanwhile, the Bank of America predicted that Brent crude would hit USD120 a barrel by the end of June 2022 given the continued production output control by OPEC+ which is expected to balance crude oil supply amid demand recovery from the COVID- 19 pandemic.

The prediction of the Bank of America may be countered if OPEC+ succumbs to the pressure from US government to increase supply and reduce price – as the high crude oil prices continue to put pressure on energy costs.

In another development, the Central Bank of Nigeria (CBN) released its depository corporations survey which showed a 1.26% month-on-month (m-o-m) moderation in Broad Money Supply (M3 money) to N40.41 trillion in September 2021.

The marginal decline was due to a 29.14% rise in Net Foreign Assets (NFA) to N5.84 trillion although, we saw an increase of 5.77% in Net Domestic Assets (NDA) to N34.57 trillion which was insufficient to offset the sharp decline in NFA.

Further breakdown of the NDC showed a 2.94% m-o-m rise in Credit to the Government to N13.03 trillion, as government borrowed more to finance budget deficit, and a 1.27% rise in Credit to the Private sector to N33.84 trillion in the review period – the increase in credit to private sector would partly boost economic growth as more people have access to loans at reasonable interest rates.

Cowry Research notes that FG has to address issues around production output losses in order to meet up with its output quota, and benefit from the high crude oil prices which is very crucial for Nigeria’s exchange rate stability as foreign earnings increase.

Meanwhile, given the further rise in credit to private sector and government, we expect some level of improved economic activities that would be beneficial to Nigerians.