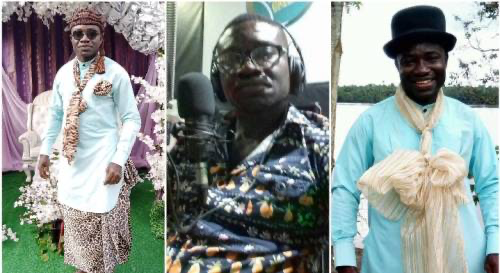 Itiat Zion, a popular Efik Master of Ceremonies and radio presenter has been hacked to death by assailants in Calabar, Cross River State.

The deceased was said to have anchored major Efik traditional marriages among other events where he entertained his audience.

According to Cross River Watch, the young man was standing close to a popular hotel located along the Murtala Mohammed Highway, waiting to get a vehicle back home, when his assailants came out of a vehicle and butchered him.

A source was quoted as saying, “The boys just came out from a vehicle and butchered him to death.”

One of his colleagues who is also a popular Efik MC, Koko Dear, said Zion’s death may have happened as a result of mistaken identity.

He also said he was the one who went to deposit his corpse in the morgue.

Together with Koko Dear, Itiat Zion with others presented a popular Efik programme, “Uwem Ye Ido” on FAD 93.1 FM Calabar.

When SaharaReporters called the state police public relations officer, Irene Ugbo, she said, “We are yet to get the full details but I think they alleged that the vigilante in that area was pursuing an armed robber and he (the victim) came out. The story is not too clear. We will have to get more details. We got the allegations that someone was killed. I have reached out to the Anti-Kidnapping unit and they said they were called that someone was killed, I think he was stabbed but its not clear if it was the vigilante that stabbed Zion or the armed robbers they were pursuing. The story is not clear. We are yet to get more details from it.”