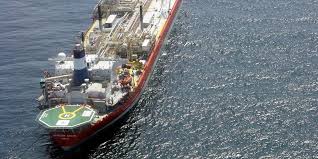 After a long hiatus, exploration activity is due to resume off these two islands in the Gulf of Guinea this year, with Shell and Portugal’s Galp set to spud their Jaca-1 wildcat in Block 6.

Due to Covid-19, TotalEnergies and Sonangol were unable to carry out much work on Block 1, so the regulator, ANP-STP, agreed to their request for a 12-month extension to the acreage’s initial four-year exploration term.

In return, the oil companies agreed to plough an additional $250,000 into social projects, taking the total invested in the first exploration period of the block to $4.25 million.

A 3D seismic survey was set to be shot this year over the acreage, but it is unclear if this actually took place.

Article continues below the advert

TotalEnergies has a 55% stake in the block, with Sonangol on 30%, while Sao Tome & Principe’s state oil company holds 15%.

Meanwhile, in Block 6, Shell will mobilise Valaris drillship DS-10 this year to drill what will be a closely watched well on the Jaca prospect, a Cretaceous-aged structure.

Jaca has been mapped as a four-way prospect, supported by an amplitude versus offset signature — usually a positive sign about the potential of a prospect to hold oil and gas — and is one of several similar prospects in the area, Andy Inglis, chief executive of former block partner Kosmos Energy, said 18 months ago.

The prospect lies in the central part of the block, away from the maritime boundaries with Equatorial Guinea and Gabon.

An environmental impact statement previously stated that a Block 6 well could be drilled in water depths between 2275 and 2590 metres, with the probe being drilled to a planned total vertical depth of up to about 4500 metres.

Shell has a 45% interest in the block and is partnered by Portugal’s Galp (45%) and Sao Tome & Principe’s state oil company.(Copyright)