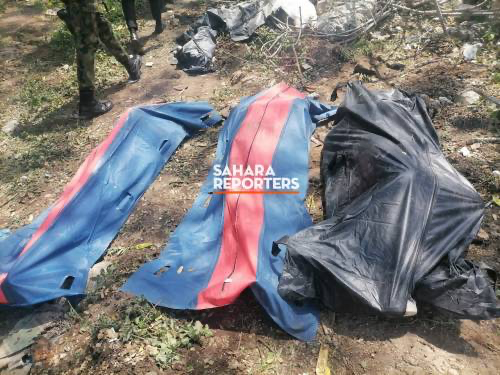 Twenty bodies have so far been recovered from under the rubble at the site of a 21-storey building that collapsed in the Ikoyi area of Lagos on Monday.

Earlier on Tuesday, NEMA said the death toll from the collapse of the building at 20, Gerrard Road, Ikoyi had risen to 15 and that about 10 persons had been rescued.

Meanwhile, Lagos Governor, Babajide Sanwo-Olu has directed the establishment of an independent panel to probe the disaster.

Members will be drawn from the Nigeria Institute of Architects (NIA), Nigerian Institute of Town Planners (NITP), Nigeria Society of Engineers (NSE) and other professional bodies.

The committee will investigate the remote and immediate causes of the incident and make recommendations on how to prevent future occurrences.

“The investigation is not part of the internal probe already being conducted by the government,” Information Commissioner, Gbenga Omotoso had announced in a statement.

Sanwo-Olu had also vowed to bring those responsible for the disaster to justice.

The Deputy Governor of Lagos, Dr Obafemi Hamzat, who visited the site amid tight security, explained that the premises of the collapsed building had been sealed by the government agency in charge of testing, for more investigation into the integrity of the structure.