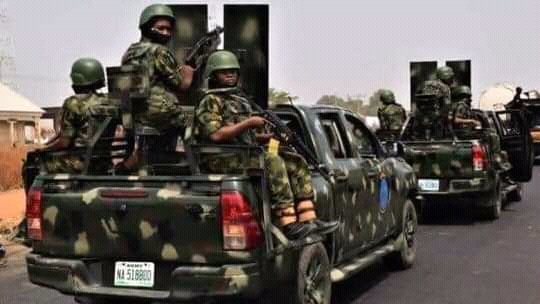 The Nigerian Army will on Monday commence three exercises nationwide.

According to a statement on Sunday by the Director, Army Public Relations, Brigadier General, Onyema Nwachukwu, the Chief of Army Staff, Lieutenant General Faruk Yahaya, would flag off all the exercises in Enugu State.

He added that the operations were designed to effectively check all forms of criminality and allow for free movement of persons during the Yuletide.

Onyema urged residents not to panic sighting movement of troops and equipment.