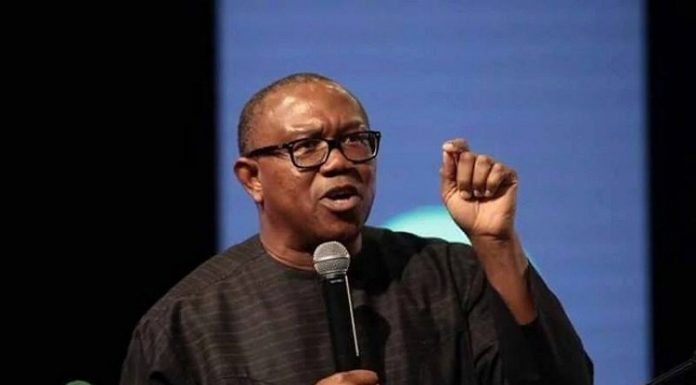 Politics aside , it’s time we the people of the south throw our weight on Peter Obi from south east.

Let’s stand together for unity and progress, am sure the people of the SE and SS knows his value, if the SW joins the wagon, we can then together present our candidate to the North.

Am not here to blow the trumpet of Peter Obi, am not saying he is a saint or the saviour but the track record of this man speaks for itself.

His stand before politics, his envying standards during his political era and his position after power definitely marked him out..

Osibanjo is a nice man, eminently qualified to be the president of this nation but let’s be honest, the candidacy of Osigbanjo will create more problems in this country, the SE might feel neglected, the SS might feel cheated even the so called North will see it as an opportunity.

The Northern elders forum has made their opinion clear, they will sell a candidate from the North presumably ATIKU, forget the drama playing in APC , Northern APC will tactical back Atiku, they did it before during Jonathan, despite been in PDP , they worked against Jonathan..

Am no longer interested in partisan politics, I stand for the right thing , the Asian world that I saw recently opened my eyes, these are countries that were rated with Nigeria , today they are fast moving ahead competing with the great powers..

Forget about TINUBU, ATIKU, WIKE AND THE REST OF THESE MEN, they’re politicians only interested in their interest and nothing else….

Peter Obi, Osibanjo, Dr Okowa, Fashola, Okonjo Iweala, Adesina , these are the sort of men and women Southern Nigeria should look up for presidency and kind of calibre of people our youth and children should look up to..

South west , I call you on you to drop your quest for another presidency, vote an ibo man out of merit, 8 years of Obasanjo and 8 years of Osibanjo is enough for now in the spirit of brotherhood, anything less than that is a NORTHERN PRESIDENCY (both in APC and PDP) with either SE or SS as VP…

Enough of a divided south, enough of playing games , will implore the southern governor’s forum to boldly declare their support for a SE presidency, that will show that we are serious for our turn..