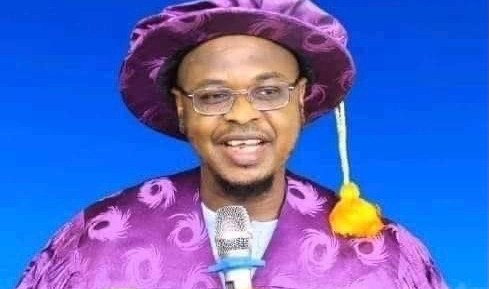 Nigeria’s Minister of Communications and Digital Economy, Isa Pantami, accepted the role of Professor of Cybersecurity based on the instruction of President Muhammadu Buhari.

“This decision is sequel to my briefing to the President of the Federal Republic of Nigeria on Friday 26th march, 2021 and his permission for me to go ahead and share my knowledge and experience in the academia, which is a form of community service to our citizens,” Mr Pantami said.

This statement is contained in documents signed by Mr Pantami himself and uploaded online by Professor Farooq Kperogi.

Mr Pantami had accepted the post of Professor at the Imo-based institution before it had been formally offered to him, based on the available documents. The Islamic cleric accepted the position in March. However, the appointment letter offering the professorship post to Mr Pantami has August 20 as its date.

Mr Pantami also erroneously said described the school as being in “Imo, Owerri State,” rather than Owerri, Imo State.

Though Mr Buhari had named Mr Pantami as a political appointee in 2016, the Federal University of Technology, Owerri defended its decision to appoint Mr Pantami as a professor, saying it was based on his research at the National Information Technology Development Agency.

The registrar of the school, John Nnabuihe, said that the promotion was “based on his qualification which he merited through long years of research works.”

The Academic Staff Union of Universities (ASUU) has said it would investigate the controversial appointment and has directed its FUTO chapter to look into the circumstances under which Pantami was promoted to the highest academic rank in the institution.

Peoples Gazette reported that the Governor of Zamfara state, Bello Matawalle, placed commercials in newspapers congratulating Mr Pantami on his promotion to a Professor of Cybersecurity, kickstarting the speculation and criticism around Mr Pantami’s appointment.