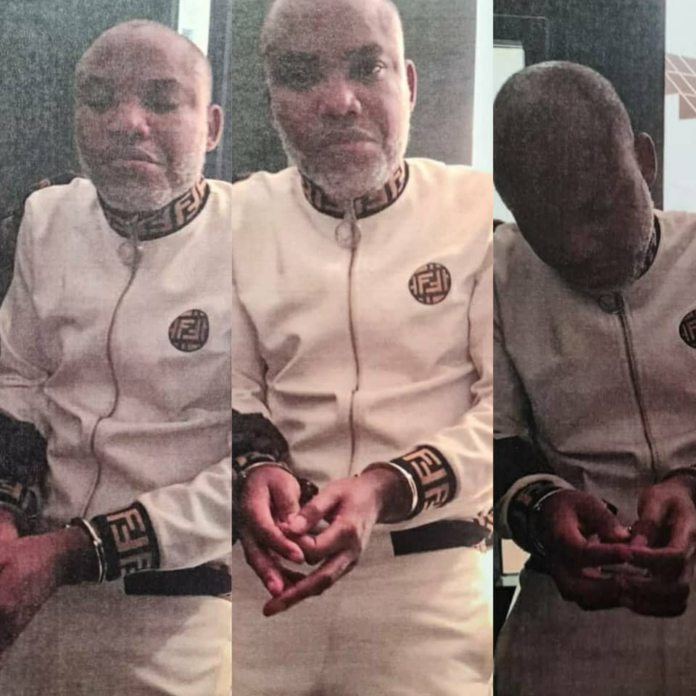 The Indigenous People of Biafra (IPOB) says the south-east region will go on a one-month lockdown, if the federal government fails to bring Nnamdi Kanu, its leader, to court on October 21.

On July 26, Binta Nyako, judge of the federal high court, Abuja, adjourned the trial of Kanu till October 21, owing to the failure of the federal government to produce him in court.

In June, Nnamdi Kanu was arrested and extradited to Nigeria to face trial. He was remanded in the custody of the Department of State Services (DSS) after he was re-arraigned before the judge.

On August 9, the proscribed group announced the enforcement of a lockdown every Monday until Kanu is released but later suspended the directive, a few days later.
Reacting, IPOB, in a statement, by Emma Powerful, its spokesperson, alleged that the federal government has perfected plans not to bring Kanu to court on the next adjourned date.

The group said its “peaceful resolution” towards the trial of Kanu should not be misconstrued as weakness, while stressing that there will be one month lockdown in the south-east, if the federal government fails to bring Kanu to court.

“The attention of the Indigenous People of Biafra (IPOB) ably led by our great prophet and liberator of our time, Mazi Nnamdi Kanu, has been drawn to the plot by Nigeria government and DSS in Abuja not to produce our leader Mazi Nnamdi Kanu to court on 21st October 2021, the date he is due to appear in court to start his case,” the statement reads.

“The federal government of Nigeria has again perfected plans not to bringing him to court on that day. Their wicked plan is to perpetually keep him behind bars without trial to see if they can demoralise him and Biafrans but they are late.

“If the federal government refuses to bring him to court in his next court appearance on October 21, 2021, the entire Biafra land will be on total lock down for one month. The federal government will know that they cannot take us for granted any more. Our peaceful disposition as a people should not be misconstrued as weakness.

“Their plan is to suppress agitation and force everyone into submission but Biafrans won’t succumb to their intimidation.”