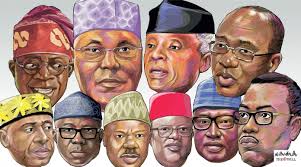 Since federal character was established for the purpose of equity fairness and justice, which is a form of zoning and by conversation, a method and system of governance adopted by the Nigeria state over the years.

Anybody or zone in the Nigeria state that is against zoning is also, against the federal character and by extension, against the unity of Nigeria and in support of the separation and establishment of United States Of Southern Nigeria And The MidBelt.

If for any reason, the presidency should be base on merit, then the federal character should also be abolished and merit not quota system should be adopted with immediate effect.

Nobody can reduce the Southern Nigeria and MidBelt people to second class citizens. The South East of Nigeria or any other Southern state should produce the next president and the vice president must come from the Midbelt, mostly preferably Benue or Taraba, so they feel included in the Nigeria idea.