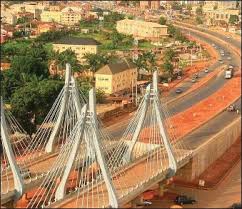 The Anambra state government said assured that the three flyovers constructed in Awka by Governor Willie Obiano during his first tenure were stable and safe.

Recently, there are allegations insinuating that the bridges were unsafe for motorists and that cracks have developed on one of the bridges.

According to him, the three flyovers were among the 15 bridges embarked upon by the Obiano administration in the last seven years.

He explained that following an accident on the Kwata Bridge, embankments were provided at the sides to protect the bridges alongside barricades at the entrances to allow only cars ply on them.

Ihejiofor said: “The contracts for these bridges were awarded in 2014 and completed in 2015 to a very reputable company and the work met international standards.

“We provided embankments after the accident at Kwata to protect the bridges, while the barricades are to ensure that only cars pass through them, not because they are not stable. The integrity of the bridges is not in doubt.”