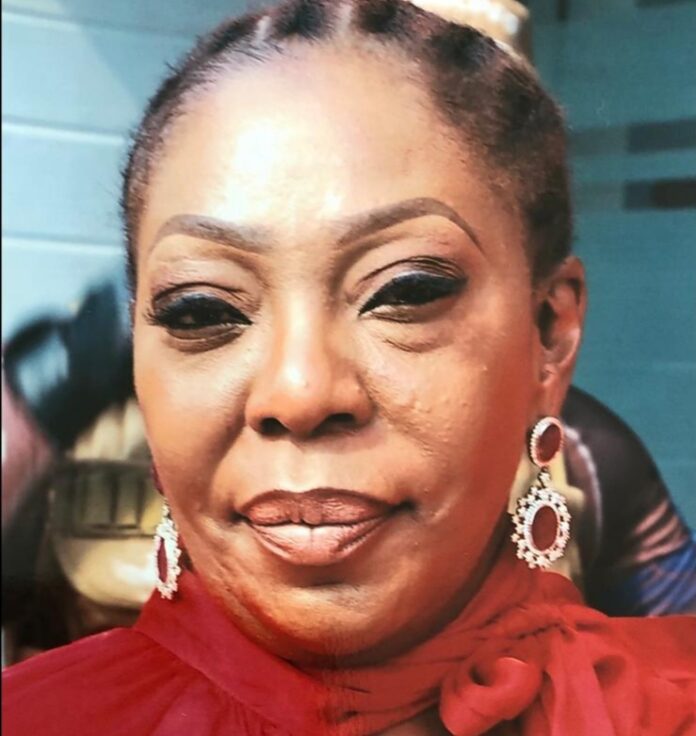 The other day, I was going down memory lane with my Mother, Dame Priscilla Kuye, and we got talking about the time when she was on her way to Beijing with late Dr Irene Thomas to attend the World Conference on Women in 1995, and her passport was seized at Murtala Muhammed International Airport, Lagos during the Military regime of General Sani Abacha. Of course, she was unable to attend the Conference, to her greatest disappointment (as we say in Nigerian parlance, ‘it pained Dame to her bone marrow’!). After that, Dame decided not to take any chances. She was hellbent on travelling to London to attend the Commonwealth Lawyers Conference; so, for fear of her passport being seized again in Nigeria, she travelled in disguise through an unknown route until she reached another West African country, from where she boarded a flight to London. Those were the bad old days of military dictatorship and censorship, during which the Constitution was suspended and Chapter IV of the grundnorm – Fundamental Rights – did not exist, or at least, was in abeyance.

When I then read about the seizure of the passport of Ms Modupe Odele, a member of the Feminist Coalition which had been a part of the #EndSARS Protest, and a Lawyer who had offered free legal services to the #EndSARS Protesters, on her way out of the country on holiday in November 2020, it seemed reminiscent of the days when Nigeria was ruled by one military dictatorship or the other, and passport seizure, especially of human rights activists, was the order of the day.

I wondered what could be the grounds for such an action in a constitutional democracy (outside trying to arrest a fleeing felon), especially since the provisions of Sections 34(1), 35(1), and 41(1) of the Constitution are operational – that is, respect for the dignity of an individual, right to personal liberty and freedom of movement, including entry into and exit from Nigeria. The cause for the the seizure of Ms Odele’s passport by the Nigerian Immigration Service (NIS), is unknown, though ‘routine assignment’ has been peddled as a possible reason.

What does routine assignment mean? Routine Assignment concerning what? This reason is at best, nebulous – neither here nor there. It is trite that, every Defendant is entitled to legal representation, so, it would have been wrong to stop Ms Odele from travelling because she was representing Protesters, especially as Protests are lawful and constitutional (Section 40 of the Constitution). Even, if she was representing murderers, it would still have been wrong to stop her or seize her passport, because it is not an offence to provide legal services to criminal suspects. What exactly was Ms Odele’s offence, that warranted the NIS to deny her her right of departure? Was it her support for the #EndSARS Protest, which was perceived by the authorities to be anti-Government?

The Passport (Miscellaneous Provisions) Act 2004 in Section 6 defines Passport as “a document of protection and authority to travel issued by the competent Nigerian officials to Nigerians wishing to travel outside Nigeria”, and includes a Standard Nigerian Passport, Nigerian Diplomatic or Official Passport, Nigerian Pilgrim’s Passport and Seaman’s Passport or Seaman’s Card of Identification. And, while the Act doesn’t provide for seizure of passports, Section 5 thereof provides for instances in which an individual’s passport may be cancelled or withdrawn.

According to Obiora Chinedu Okafor in his Paper titled “The Fundamental Right to a Passport Under Nigerian Law: An Integrated Viewpoint”, he asserts that the right of every Nigerian to possess a Nigerian passport, is derived from the constitutional rights (which I have listed above – particularly Section 41(1) of the Constitution), and that additionally, the fact that acquiring a passport is not free of charge but comes at a fee, gives the holder of a passport a proprietary right over it until the expiration of the passport. I concur. It is noteworthy to mention that, the right to leave any country is an internationally recognised fundamental right. See Article 12 of the International Covenant on Civil and Political Rights, and Article 12 of the African Charter on Human and Peoples’ Rights which has been domesticated into Nigerian law as the African Charter on Human and Peoples’ Rights (Ratification and Enforcement) Act 2004.

Though in certain circumstances, Section 45 of the Constitution provides for restrictions on and derogation from fundamental rights, including that of freedom of movement, it is definitely not a ‘carte blanche’ for Government agencies to unilaterally seize people’s passports for flimsy or no reason at all, simply because such agencies are able to abuse their powers and/or act ultra vires their powers and get away with it. The reasons for derogation must be reasonably justifiable in a democratic society, and due process of law must be followed in such circumstances. For example, in an application for bail, where a court of competent jurisdiction makes it one of the conditions for bail for a Defendant to deposit his or her passport with the court, to ensure that such Defendant does not jump bail (the right to departure is restricted); though, some may argue that this example cannot be said to amount to a seizure of a passport, since it is a bail condition laid down by a court.

By virtue of Section 36(1) of the Immigration Act (IA), the few circumstances in which an individual’s right to departure may be restricted are: the Minister by order in the public interest; or if an Immigration Officer finds that the travel documents of the traveller are not in proper order, or there is an unsatisfied order of a court of competent jurisdiction, or a warrant of arrest issued in respect of the traveller. Certainly, Ms Odele’s support of the Protest (unless there is reasonable suspicion that she committed a crime), nor her provision of free legal services, do not by any stretch of the imagination, meet any of the conditions set out in Section 36(1) of the IA.

In DSS & Anor v Olisa Agbakoba 1995 3 N.W.L.R. Part 595 Page 314, the Supreme Court held that the passport of a Nigerian citizen cannot be seized without due process. At the Court of Appeal, the judgement of the trial court which held that neither the then 1979 Constitution nor the African Charter on Human and Peoples’ Rights had declared the issuance and possession of a passport as a constitutional right, but instead decided that it was a privilege to hold a passport rather than a right, was overturned. The Court of Appeal per Ayoola, JCA upheld the right of every citizen to be able to leave the country as a fundamental right guaranteed by the Constitution, which would be rendered hollow if Federal Government Agencies had the “discretion and arbitrary power to withdraw or revoke a passport”. In short, the right of departure which is expressly guaranteed by the Constitution is accompanied by the right to a passport, without which the right to departure from Nigeria cannot be exercised. The Court of Appeal further held that, the statement on the passport that the document belongs to the Federal Government, simply means that a holder does not have the right to transfer or otherwise alienate his or her passport in any way whatsoever (not that Government can seize it at will, I would imagine).

The circumstance of this case was that, Dr Agbakoba, SAN’s passport had been seized at the airport on his way to a Conference at the Hague in 1992. He therefore, instituted legal proceedings against the DSS inter alia, for the breach of his fundamental rights and for the release of his passport. The trial court found for the DSS, and on appeal by Dr Agbakoba, the Court of Appeal ordered that his passport be released to him. Dissatisfied with the decision, the DSS appealed to the Supreme Court, and the appeal was upheld by the Apex Court.

The right to departure is a constitutionally guaranteed right, which cannot be rendered useless by the unlawful, arbitrary actions of Government agencies (Section 1(1) of the Constitution). See the case Imonikhe v AG Bendel State 1992 23 N.S.C.C. Part II Page 480 at 491 per Nnaemeka-Agu JSC. A situation in which Government agencies take actions, constitutional or not, lawful or otherwise, based on their whims and caprices, is a dangerous, dictatorial, autocratic, unacceptable practice which must be discouraged, because it has no place in a constitutional democracy.

Re: Issues in the VAT Legal Tango

I read with more than keen interest, your views and assessment of the legal issues involved in the spat between the Federal Government and some States on the above subject and agree entirely with your analysis. I would merely like to add that for the Federal Government to succeed and bring VAT within its purview a double amendment to the Constitution would be required, and not just one. This is because Section 315(5) of the 1999 Constitution (as amended) provides as follows:

(b) the Public Complaints Commission Act;

(d) the Land Use Act

(6) Without prejudice to subsection (5) of this section the enactments mentioned in the said subsection shall hereafter continue to have effect as Federal enactments, and as if they related to matters included in the Exclusive Legislative List set out in Part 1 of the Second Schedule to this Constitution”.

The Value Added Tax Act 1993 ( VATA) which is an existing law, is not included amongst the laws outlined above. That shows that it was never the intention of the drafters of the 1999 Constitution, to have VAT within the purview of the Federal Government. If they did, VATA would have been included amongst the laws outlined above.

It stands to reason therefore, that even the courts will have immense difficulty in ruling against the States; to do so would mean that our courts are attempting to overturn the intentions of the drafters of our Constitution. That is a near impossibility, in my view.

As always, the article was well researched and written in plain language for everybody to understand.

I agree with the position taken by the Rivers and Lagos. My only concern is under either scenario, does the money get spent on the people?