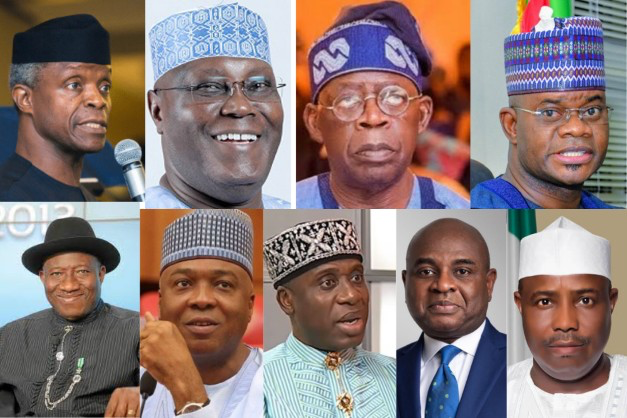 ABOUT 18 months to the 2023 presidential elections, a number of Nigerian politicians are being touted as messiahs that would take the country to the promised land after the tenure of President Muhammadu Buhari.
Buhari was also presented to Nigerians as a messiah when he contested and won the presidential election in 2015.

Six years after Buhari took office, many Nigerians are dissatisfied with his performance and no longer believe he is the messiah, as his campaigners earlier promised.

With the tenure of the Buhari administration winding down, another set of politicians is being positioned as the country’s saviours come 2023.

Although he insists that he has no interest in contesting the presidential election, Vice President Yemi Osinbajo is being touted as the ‘most qualified’ to succeed his principal, Buhari.

Several groups have sprang up to market the VP as the messiah that Nigeria needs.

In August, one of such groups, Osinbajo Grassroots Organisation (OGO), declared that Osinbajo was the future of Nigeria.

“We have identified in the vice president a leader of unimpeachable character; someone who can continue on the good works already started by President Muhammadu Buhari. We do not need anyone to tell us that Prof Osinbajo is a pathway to Nigeria’s future from 2023,” the group said.

The OGO is not the only group that is telling Nigerians that Osinbajo is the answer to the country’s problems.

A group of stakeholders in the All Progressives Congress (APC) known as Progressives Consolidation Group (PCG), led by Ahmed Mohammed and Eberechukwu Eli Dibia, in a letter dated July 14, titled, ‘APC and the future of Nigeria: Why we must get it right and consider the Osinbajo option in 2023,’ made a case for Osinbajo to succeed Buhari.