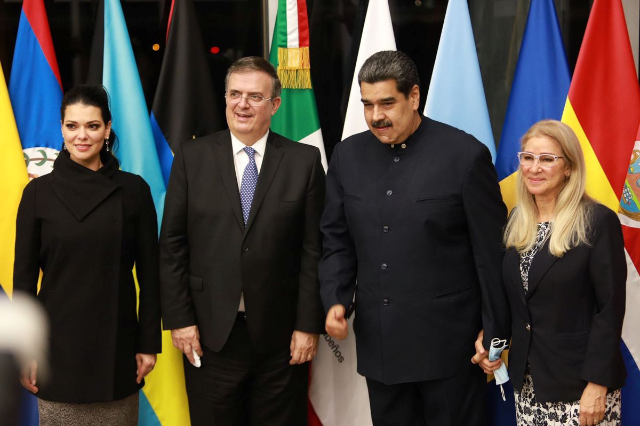 The socialist leader will attend a meeting of the Community of Latin American and Caribbean States (CELAC), a regional body that Venezuela’s late President Hugo Chavez helped set up in 2011.

The CELAC summit will also convene the “pink tide” leaders whose elections boosted left-wing movements across the region.

Mexico has in recent months also hosted faltering talks between Maduro’s government and the opposition. Venezuela said on Friday the opposition is aiming to “sabotage” an internationally mediated dialogue process between the two.

Mexico’s leftist leader Andres Manuel Lopez Obrador will host the summit as his country, celebrating the 200th anniversary of its independence, is the president pro tempore of CELAC.

In a show of leftist solidarity, Cuban President Miguel Diaz-Canel attended a lavish military parade at Mexico’s 200th anniversary of independence on Thursday and gave a speech thanking Mexico for offering succour amidst a U.S. blockade.

Latin America’s left made its greatest strides with the first “pink tide” of socialist leaders in the early 2000s. But some of those, such as Chavez and Bolivia’s Evo Morales, have died or been toppled.