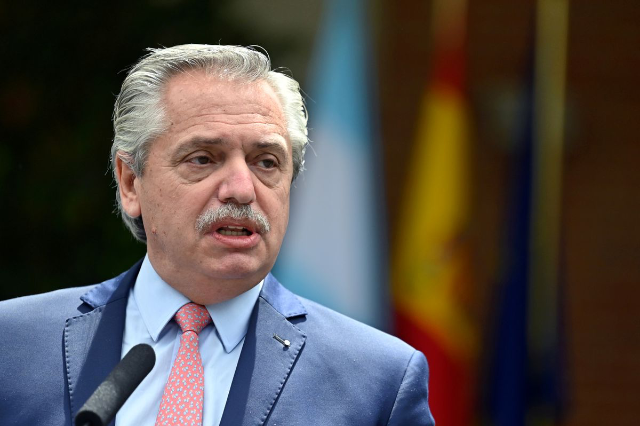 The reshuffle, after a tug-of-war between more moderate and militant factions within the government, saw new ministers named in the key roles of Cabinet chief, foreign minister and agricultural minister.

The center-left Fernandez has been fighting against a Cabinet revolt from ministers allied with the hard-left wing of his party since a sharp defeat in a midterm primary election last Sunday put the government’s grip on Congress at risk.

Divisive but powerful Vice President Cristina Fernandez de Kirchner had lashed out at what she said were errors made by the government, sharpening tensions between the moderate faction around President Fernandez and her more militant supporters.

In a statement late on Friday, the president’s office said that regional governor Juan Manzur would take over as Cabinet chief, replacing Santiago Cafiero who moves to foreign minister.

Julián Domínguez was named to lead the agricultural portfolio. Argentina is the world’s top exporter of processed soymeal and soy oil, and a major world supplier of corn, wheat, barley and beef.

There was no mention of changes in the Economy Ministry, led by moderate economist Martin Guzman, who has been key to the country’s recent debt restructurings and talks with the International Monetary Fund.

Changes were also made in the ministries of security, education, science and technology, as well as naming a new press secretary.

The new ministers will be sworn in on Monday at the Casa Rosada presidential palace, the government said.

The electoral blow had left the party stuck between two paths: deepening populist policies to ease conditions for hard-hit Argentines or a more moderate approach to lure back middle-class voters who rallied behind the conservative opposition.

On Wednesday, several ministers, including the interior minister, tendered their resignations to Fernández.

On Thursday night the president and Fernández de Kirchner both went on the offensive. In a public letter, she called for a shake-up of the ministries and slammed a shortfall in public spending.

“I sincerely trust that with the same strength and conviction that he faced the pandemic, the President will not only relaunch his government, but will also sit down with his Minister of Economy to look at the budget numbers,” she wrote.

The president said on Twitter that he would be the one to determine the future of the government.

“The administration of the government will continue to develop in the way that I deem appropriate. For that I was elected,” he said.