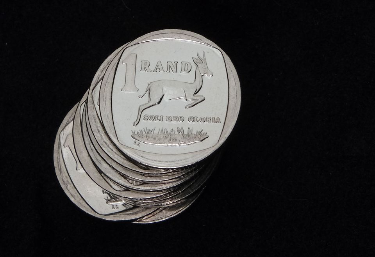 JOHANNESBURG, Aug 30 (Reuters) – The South African rand gained on Monday, boosted along with other risk-sensitive currencies by investor confidence that the U.S. Federal Reserve was in no rush to step away from its massive pandemic-era stimulus.

The rand regularly moves on shifts in expectations for U.S. monetary policy and global market sentiment.

“The backdrop is favourable for risk assets, allowing the rand and other high-beta (volatile) emerging market currencies to drift towards short-term support levels,” analysts at Rand Merchant Bank said in a note.

So far the economic recovery from COVID-19 has been uneven and halting, with arson and looting linked to the imprisonment of former President Jacob Zuma detracting from a strong first-quarter performance.

Shares in e-commerce giant Naspers (NPNJn.J) and internet subsidiary Prosus led the decline. Both fell over 3% on the news that China has forbidden under-18s from playing video games for more than three hours per week. read more

The benchmark 2030 government bond gained on Monday, with the yield dropping 5 basis points to 8.765%.