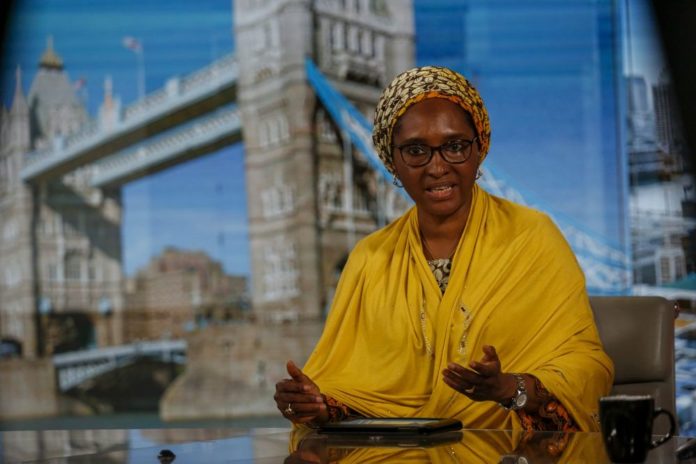 The President, Major General Muhammadu Buhari (retd.), may present the 2022 Appropriation Bill to a joint session of the National Assembly on a yet-to-be determined date in October.

The Minister of Finance, Budget and National Planning, Zainab Ahmed, gave the hint at a press briefing in Abuja on Monday.

Ahmed, was joined at the briefing organised to give further insight into the recent Gross Domestic Product estimates for Q2 2021 published by the National Bureau of Statistics, by the Minister of Information and Culture, Lai Mohammed; Minister of State for Finance, Budget and National Planning, Clem Agba; and the new Statistician-General of the Federation, Simon Harry.

The minister said the government planned to raise half of the €6.1bn, part of external borrowing to be used to fund budget deficit, through euro bonds and the other half through other windows.

She said, “We will be going on a road show from October 11 after we submit the budget to the National Assembly.

“We have an approval in the 2021 budget to fund the budget deficit 50 per cent locally and 50 per cent externally.

“So, the 50 per cent external borrowing is 6.1 billion euros. We are planning to do about half of that in Eurobonds and the other half through other windows such as multilateral and bilateral sources.”

Amidst criticisms over Nigeria’s increasing debt profile, however, the minister said the government was borrowing ‘sensibly and responsibly’.

The minister explained that the government only borrowed to invest on infrastructure that would later yield revenue.

Read Also
2022 Budget: Health, defence, transport, works get highest capital allocations
2022 budget to focus on youth, infrastructure – Commissioner
FG cuts 2022 capital expenditure by N758bn
“We are borrowing sensibly responsibly to invest on infrastructures in rail and other infrastructures like rail.

The minister expressed delight that the NBS’ report indicated that the nations’ GDP grew by 5.01 per cent.

She described it as the strongest real GDP growth the economy has recorded since Q4 2014.

Ahmed said the economy would have done better but for the security challenges and other bottlenecks which she said slowed down the agricultural sector.

The minister said 42 out of 46 economic activities expanded during the quarter compared to only 13 at the same time last year, while 37 activities performed better than they did last quarter.