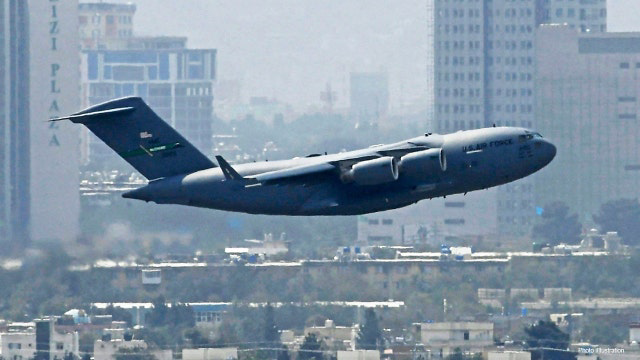 The longest war in U.S. history has come to an end with the departure of the last American military flight out of Afghanistan almost 20 years after troops first arrived in the country.

Taliban guard at Kabul airport says last American planes have flown out after two decades of war, the AP reports.

The FAA confirms: “Effective immediately Hamid Karzai International Airport is uncontrolled. No air traffic control or airport services are available. Aircraft operating into, out of, or through Kabul should use extreme caution.”

Axios: “The U.S. facilitated the evacuation of over 120,000 people, including 5,000 Americans, but a small number of Americans and thousands of Afghan allies are believed to still be in the country.”

Washington Post: “The Taliban has agreed to allow foreign nationals and Afghans with relevant travel documents to leave the country safely after the international rescue mission ends Tuesday, the United States and dozens of other countries said Sunday.”