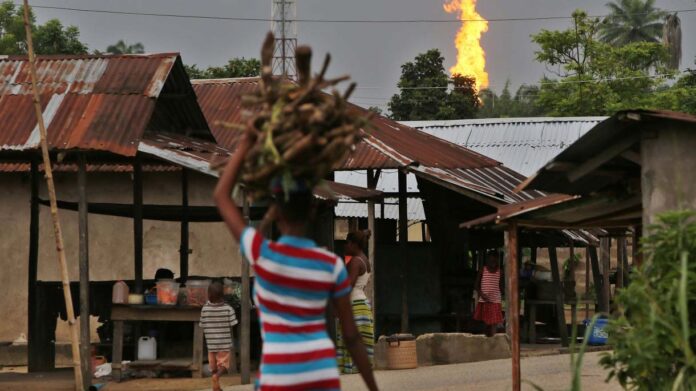 For a legislation that was about 20 years in the making, the Petroleum Industry Act still strikes many as injudicious at best. While in its long journey as the Petroleum Industry Bill and after it was signed into law by the President, Major-General Muhammadu Buhari (retd), the act has generated headlines that point to another front in Nigeria’s political fissure:

In an interview with The PUNCH in late July, Dr Tee Mac OmatsholaIsele, the musician-turned-mining executive, put the brewing fissure in the context of Nigeria’s recent history and current distress.

“When the youth were called to the million march of Abacha to Abuja and they saw the level of development, which was funded from money from the Niger Delta oil, they decided to start the war in the Niger Delta, which lasted nearly 10 years and made Nigeria to lose billions of US dollars, which could have been used for developmental projects. They do not mind starting again,” OmatsholaIsele said while commenting on the then pending bill. “But Nigeria, being broke now, cannot afford the Boko Haram problem up North, the Fulani herdsmen palaver all over Nigeria and another war in the Niger Delta.”

To Mele Kyari, the Group Managing Director of the Nigerian National Petroleum Corporation, the seemingly absurd difference is a mathematical illusion.

“The percentages appear very outrageous but 30 per cent of what? Nobody has sat down to look at it,” he said on Tuesday on NTA’s ‘Good Morning Nigeria.’ “When you say profit (from) oil 30 per cent, it probably comes down to less than $400 million per annum. But when you come to the host communities, you have three per cent of our operating expense. We spent about $16 billion in fiscal 2020 in our operating expense across the industry. So when you take three per cent of that number it comes above $500 million far above the budget of NDDC.”

To drive home this point with less heft, let me narrate a recent conversation with a friend and erstwhile colleague. As a recent retiree, he has decided to write and market short fiction, and his target market is highbrow magazines such as the New Yorker. He asked me to be his pre-submission editor and wondered what I would charge.

I told him I couldn’t charge a friend of many years for a service I provide freely to other associates. But he insisted, arguing that he wanted to formalise and routinise the arrangement. So, I counter-offered that he share a percentage that we would agree on.

To which he broke into a loud and sustained laughter. “Bere, you can have 100 per cent,” he eventually said, still laughing. “100 per cent of nothing is nothing.”

You see, my friend wasn’t expecting to earn much from the endeavour. It was more for creative pastime and self-satisfaction. So, the percentage amount meant nothing.

That’s more or less Kyari’s point. Host communities in the established oil industry will get three per cent of a much larger amount than that of the “frontier” communities. That is, three per cent of the NNPC’s operating expense, as opposed to 30 per cent of profits. So, it’s a case where three per cent is actually higher than 30 percent. Well, maybe. It all depends. Let’s get back to my friend’s point about 100 per cent of nothing. It was based on his assumption that his stories might not get published at all (it’s a brutal market) and if published would earn him little. But then there is also the scenario of ultimate optimism: One of his short stories not only gets published but is turned into a movie that grosses tens of millions of dollars. In that scenario, even one per cent could make me a millionaire.

Same logic applies to Kyari’s math. It is based on conservative assumptions of the prospects of the oil explorations in the frontier communities. Yet, it is within reason to conjecture the alternative: that the explorations become so profitable that 30 per cent becomes an even greater bonanza that the figures suggest. In that case, opposition to the act would be vindicated.

The math aside, there is also the issue of attention to political sensitivities and restiveness. Why even legislate and sign into law a bill with stipulations that on the surface seem discriminatory and in reality could be? Why not broaden the stipulations so as to be region- and resource-neutral?

In any case, the discrepancy in percentage figures is but one issue. There is the question of the definition of host communities to include areas where pipelines run through. That would mean that the three per cent would be shared among many more communities beyond the locales of exploration and operations.

“It is very unfortunate. It is a day-break robbery that cannot stand,” said Farah Dagogo, a representative for Degema/Bonny constituency at the federal House of Representatives, in an interview with The PUNCH. “It is … an uncharitable act designed to heat up the polity because the host communities are not ignorant of this fact, and I am sure they may react.”

Certainly, compensation may be due to areas where pipelines run through, but at a much smaller rate and not if the said communities are supplied by the pipelines.

In the larger context, there is always the question of utilisation. It is one thing to get a larger share of the cake, it is another to use it to raise the people’s standard of living. “What is more important for the oil communities is the transparency of the money that is spent and the impact it has rather than having a tea party,” Bismarck Rewane, the Managing Director of Financial Derivatives Company Limited, has said on Channels Television.

The new law is expected to enhance Nigeria’s oil revenue by attracting foreign investors and subjecting the NNPC to corporate standards of operations, among other things. But the expected benefits will be counteracted if the law leads to renewed insurgency in the Niger Delta. And that can be prevented with a quick revision of the problematic.