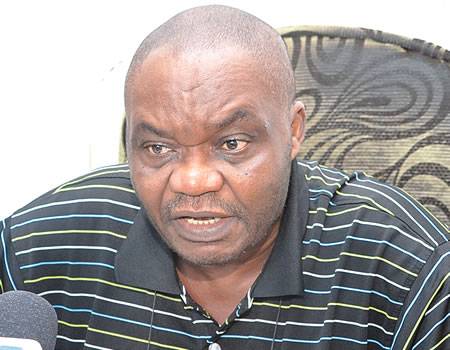 Charles Idahosa is a former Political Adviser to ex-governor of Edo State, Comrade Adams Oshiomhole. In this interview, the former Commissioner for Information speaks on the forthcoming convention of the Peoples Democratic Party, PDP, expressing fears that the convention may not hold. Excerpts:

The crisis in PDP at the national level is getting more intense over who controls the structure. Don’t you think it will affect the fortunes of the party in 2023?

I’m so sad about the level of the crisis rocking the PDP in almost all the states. You see, people seem to be counting my days in PDP when I followed Governor Godwin Obaseki. No.

I’m a founding member of the PDP. I was in Jos for the convention that produced former President Olusegun Obasanjo. We worked for Obasanjo. But the PDP I’m seeing now is strange.

In Edo State, we just finished the war against godfatherism, where the comrade Governor, Adams Oshiomhole tried to muscle everybody just because he supported Obaseki to be governor.

You don’t do things like that. Governor Nyesom Wike and Uche Secondus are friends, so they should settle their differences amicably. Wike is a young man, so it’s a godfather and son’s fight that we are seeing in Rivers State.

ut unfortunately, it is affecting the National because Wike seems to have a grip of the party. The National Working Committee is divided, governors are divided so there is no way it won’t affect the party.

In the October National Convention, Wike has an ambition, so he knows who he is going to project that will protect his political interest. So, the intrigues are still there. Edo has succeeded in uprooting our godfather, so Rivers State should follow suit. No matter the issue now.

I still give credit to Governor Wike and Secondus because they played a major role in saving Obaseki, when they discovered that Oshiomhole was going to rubbish him. So I still owe them gratitude. My advice now is that they should look for a way to settle because they are close friends.

What is the way out; do you see Secondus retaining his position during the convention?

I just pray that the October convention will see the light of day. As you can see, there is no state in the country that you don’t have one political crisis or the other. In Edo State now, those of us that followed Obaseki is being regarded as second class PDP; can you imagine that we can’t even say anything anymore as party leaders, but I feel very sorry for the younger ones because I am not going for any political position again in my life.

I ran for governorship primaries against Oshiomhole, I was rigged out. I ran for Senate there was no election at all, I have paid my dues politically, so I’m nearing retirement now.

Do you advise former President Goodluck Jonathan to join the APC and run for the presidency again judging from the speculations in that regard?

I don’t know. I do not see where the two political parties are heading, to be frank with you.

Yes, I have a feeling that Goodluck Jonathan is up to something, he would like to right the wrong because of the way he came and how he left. I think if he is given the opportunity he would come.

But I see the two political parties fielding a Northern candidate because there’s no political South, there is a political North. The average Southerner underrates the North. Anytime I say this, some people don’t like it that the average Northerners are more politically aware than the Southerners. In the South, we are divided, but in the North, they are one when it comes to political matters.

Because no matter how poor a Hausa security man is, he must afford to buy a radio and listen to BBC Hausa Service.

So if Jonathan comes out for the presidency, they will deceive him and he will be beaten hands down. He should keep his dignity as it is now rather than going to mess up the good name he has built.

In 2023, I see President Muhammadu Buhari handing over to another Northerner. Whether it is APC or PDP, the next Nigerian President will come from the North.