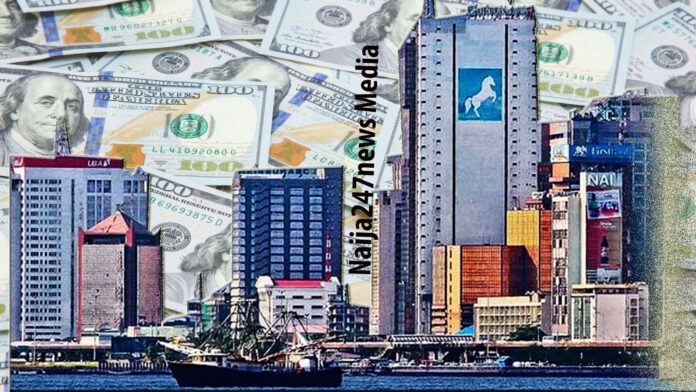 The Naira4Dollar policy of the Central Bank of Nigeria (CBN) may have begun to yield dividends as remittances from Nigerians in the Diaspora now stand at an average of $34 billion annually, THISDAY has learnt.

This translates to an increase of $9 billion from the previous record of $25 billion per annum.

A renowned economist and Chief Consultant at B. Adedipe Associates Limited, Dr. Biodun Adedipe, who revealed this to THISDAY, noted that Nigeria was occupying the number one position on the list of nations with the largest number of migrant workers, which makes it outstanding in remittances from foreign countries. This he pointed out, was according to a study done by Bloomberg, early this year.

There was a study done by Bloomberg Economist, it was published February this year. In that global chart, there were only about three to five countries that were outstanding when it came to migrant workers.

“Nigeria, they put as number one, our country came first, followed by Pakistan, then Canada. But in terms of five outstanding countries, in addition to the three stated earlier, we had the USA, Australia, and Vietnam.

“What they showed there in that study was, for the countries that benefit from migrant workers, Nigeria is on the side of those that have many migrant workers in the rest of the world, and therefore make remittances home.

The estimated remittance from the various study and review of literature is that the remittance by Nigerians in the diaspora is an average of $34 billion annually. Now if you look at that study also, the map of the world is what they used there to summarise it. The summary indicates that, if Nigeria can manage that remittance effectively, it will add 0.4 per cent to our GDP growth annually. That is very significant,” said Adedipe, who has been working as a professional economist for over 41 years.

CBN had recently estimated that its Naira4Dollar policy would push the country’s Diaspora Remittances up to $34 billion by 2023. But with this new number, it is clear that the apex bank has achieved the target two years ahead of time.

Adedipe, however, pointed out that, unlike other countries that are in the same league as Nigeria, in terms of foreign remittances, a large percentage of the forex is not in the economy.

“But you know where our problem is, those remittances, unlike Pakistan and other countries that get remittances, a lot of the dollar don’t come into the FX market in Nigeria. They remain outside there, and this is the pattern.

For example, someone wants to send money to his or her family here in Nigeria, this person, let’s say has $10,000 in the US, and wants to give the naira equivalent to his family member here in Nigeria, ordinarily the way it works in other country is that $10,000 will come into the Fx market within Nigeria, and becomes a boost to supply here.

“But the reality is that in Nigeria’s situation, the Dollar doesn’t leave where it is. The person that provides the naira equivalent here would rather keep the dollar equivalent outside there, so it doesn’t come into the FX market in Nigeria.”

So we don’t get the full benefit of diaspora remittances here in Nigeria. Despite that, we are top in terms of benefitting from migrant workers.

“So what then happens is that, instead of bringing it into the FX market in Nigeria, they keep it outside. That also becomes a leg that supports speculations that we talked about earlier on,” he lamented.

Believing that was part of the reason why the CBN introduced the $1 for N5 incentive, the economist, however, added that, the idea would now be to see if the country could harness the most of the remittances

That now is a policy I think we need to interrogate more. How can we make it more attractive for those foreign currencies generated by migrant Nigerian workers to be remitted home, and become a part of our national supply to our market here? That now is a space for BDC.”

Speaking on the fallout of recent CBN’s suspension of direct dollar supply to BDCs and shift to the banks, Adedipe noted: “Ordinarily, in the interplay of demand and supply, what CBN has done is not to reduce the supply of FX to the market. What they have done is to shift the supply from one segment of the market to another, and even doubled the volume; which means, the response of rate is not to the supply coming to the market, which has doubled.”

And equally, what could have been the concern is access. The CBN has also dealt with that by not only telling the participatory banks to have desks designated for Fx, where members of the public in need of foreign currencies for defined purposes can have access to the foreign currencies required, which you can now also give to them either in cash, or as a credit into their domiciliary account, or into their dollar card.

“This means, the issue is not about supply on one hand, and on the other hand also, access is not the problem.

It means the real issue is that the speculators knew that this position of the CBN is not something sustainable, which means that it’s not institutionalised.

“This means therefore that if another Governor comes into office, after the expiration of Emefiele’s term, there is a likelihood that he or she may go back to the old way of doing things,” he added.