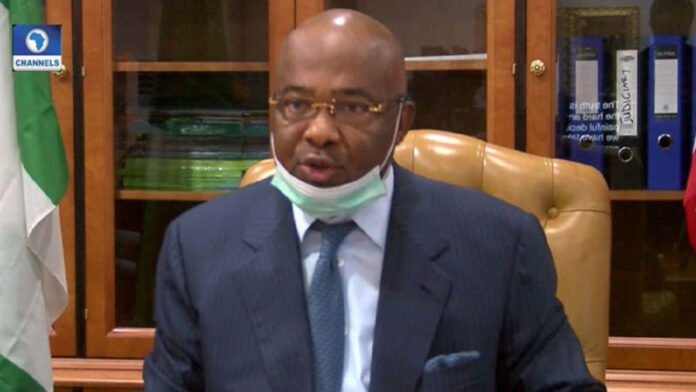 Imo State Government has urged striking oil marketers and tanker drivers to suspend their actions and follow due process in the resolution of the conflict.

It reiterated its earlier position that the strike is illegal since the contentious matter of judgment debt is before the Appeal Court.

The Commissioner for Information and Strategy, Hon Declan Emelumba said although what the oil marketers are doing amounted to blackmail and economic sabotage, Government has reached out to them to ensure that the strike is called off.

“We have initiated talks with them. But it is important for Nigerians to know that the matter for which they started this strike is still in court. In the eyes of the law, the strike is illegal”, the commissioner averred.

He disclosed that although the judgment which was obtained by a private firm Sunaz oil nig Ltd against Timik consult Ltd and Imo state government was done without the knowledge and legal representation from the government, it has not discountenanced it.

” It is instructive here that when the Okorocha administration demolished the petrol station, the marketers restrained themselves from taking the law into their hands by not embarking on any illegal action.

Instead the affected dealer went to court, suggesting that the marketers believe in the rule of law. It is therefore surprising that the same people do not want the law to take its full course by embarking on an illegal action when the matter is still pending in the court of appeal “the commissioner noted.

According to him, what Government did was simply to appeal the judgment to enable it understand fully what was involved since it was the administration of Rochas Okorocha that carried out the act under consideration.

Emelumba said the Government has since informed the oil marketers that it will not hesitate to pay the judgment debt if the appeal is ruled against it.

The commissioner regretted that the filling station which obtained the judgment is yet to start the process of execution before the oil marketers embarked upon strike.

Said he,’ the private company got the judgment on March this year. Government became aware of it only this July. Without even initiating the due process of execution of the judgment, these people are on strike. That reeks of blackmail and economic sabotage”.

“Government has a responsibility to protect the interest of the many, particularly when undue hardship is inflicted on them for no fault of theirs. There is a limit any person or group can test the will of government in this regard “, the commissioner added