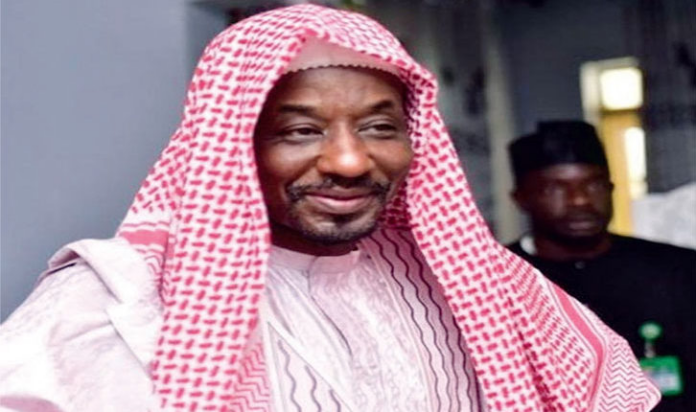 YOLA – To mark his 60th birthday anniversary, the former Emir of Kano Muhammadu Sanusi Lamido Sanusi, has freed about 18 inmates from the Yola Prison.

Speaking at the Prison site while freeing the inmates, Sanusi said humanity deserved better treatment and show of love despite the lapses of many persons in the society.

Sanusi called on the freed inmates to shone vices or crimes that will lead them back to the prison again, he advised them to be of good behaviour as they interact with the rest of the society.

The head of the Muassasatu Zawiyatil Darikatul Tijjaniyya sect in Nígeria released 18 inmates from the custodial centre in the state as a part of its activities to celebrate the inauguration of their leader, the 14th Emir of Kano, Lamido Sanusi, and to mark his 60th anniversary.

Also speaking the National Chairman of Muassasatu Zawiyatil Darikatul Tijjaniyya sect, Sheik Ibrahim Abubakar Daware, disclosed this immediately after the release of the inmates on Friday.

“Today, we have released 18 inmates in the Adamawa Correctional Service over debts which were promptly paid by Sanusi Lamido Sanusi and transportation have given to the inmates by the former Emir to enable them to transport themselves to their destinations.

“Our reasons for their release are to express our joy over his inauguration of Sanusi Lamido Sanusi as our Khalifa, and to celebrate his 60th birthday anniversary and to bring unity among both faiths.

“We released inmates of both religions, Muslim and Christianity, who were convicted for minor crimes such as debt and bail, but they were not engaged in any form of crime.”

He called for peaceful coexistence among both faiths, adding that for peace to reign people need to know why they were created in the first place.

He added, “If you want peace, make peace with your neighbours. You should look at your creation and other things created by Allah. If you are a black person, there are some parts of you that are fair likewise if you are fair in complexion.

“Allah created us in such a way that we shouldn’t look down on another person. If you want to insult someone you should first insult yourself,” he stated.

He called on other people to follow suit in releasing inmates who are being convicted because of debt.

The Khalifa had earlier paid a condolence visit to the Lamido’s palace in Yola and the Late Ahmed Joda’s residence.