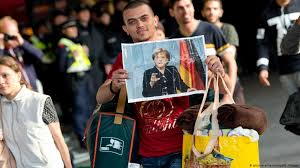 Berlin, Aug. 18, 2021 Two-thirds of Germans feared a major influx of refugees following recent developments in Afghanistan, according to a survey published on Wednesday.
Almost two thirds (62.9 per cent) were worried about a flood of refugees arriving in the country like in 2015, according to a representative survey by the Civey polling institute for the daily Augsburger Allgemeine.
Almost a third (30 per cent) thinks differently. The rest can’t make up their minds.
Thousands of Afghans were currently trying to flee their country after Taliban militants have effectively taken power within a few weeks.
Voters who favour the far-right Alternative for Germany (AfD) in particular said they were worried about an influx of refugees.
Three-quarters of supporters of the Christian Democrats (CDU) and their Bavarian sister party CSU as well as the liberal Free Democrats (FDP) said they feared a refugee situation similar to that of six years ago.
Among Green voters, only 38.8 per cent see it that way.
But migration researcher Steffen Angenendt told dpa that he considered warnings about refugee numbers like 2015 and 2016 to be exaggerated.
In those two years, more than 1.1 million asylum seekers came to Germany, many of them Syrians.
Angenendt explained that their path was significantly shorter and therefore less costly than the one facing Afghans now.