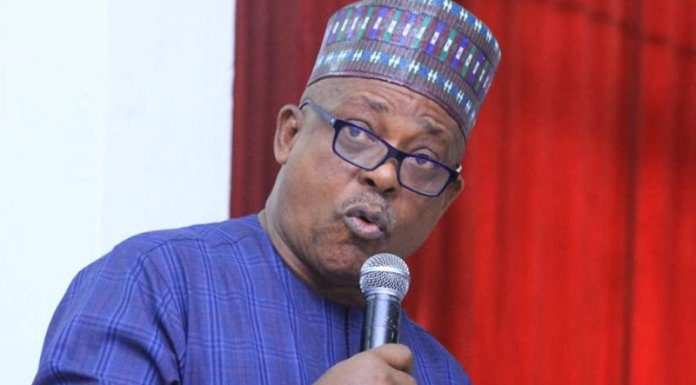 PDP Governors Silent On Secondus’ Fate by bolaayenimo: 5:50am
There was palpable tension among leaders of the Peoples Democratic Party (PDP), yesterday, as gladiators in the crisis rocking the opposition party, failed to shift ground.

There were strong indications that the Governors Forum failed to reach a consensus on how to resolve the crisis.

The PDP Governors, who met at the Awkward Ibom Lodge, in Abuja, yesterday, as part of efforts by stakeholders to find a holistic solution to crisis in the party were silent on the fate of the national chairman.

Secondus, who arrived the Akwa Ibom Lodge at 4.10 pm met with the governors for about 40 minutes and left the venue by 4.50pm.

Tambuwal, who briefed journalists, at the end of the meeting, said the governors would continue the meeting today with other stakeholders.

“We discussed extensively on matters of the moment concerning our party. And we have collectively resolved to continue to work together in unity.

“This meeting is continueing tomorrow (today) with other stakeholders. Very soon Nigerians and indeed, all of you will hear our solution but we are working towards resolving all issues, as a family. And by the grace of God we are going to achieve that.”

However, the briefing ended abruptly, after Tambuwal was asked to confirm if the opposition governors have passed a vote of confidence in the Secondus-led NWC.

Immediately the question was posed, Sokoto governor walked away, followed by the other governors.

The PDP governors had gone into the meeting divided on whether or not Secondus should be allowed to serve out his tenure, which elapses on December 10.