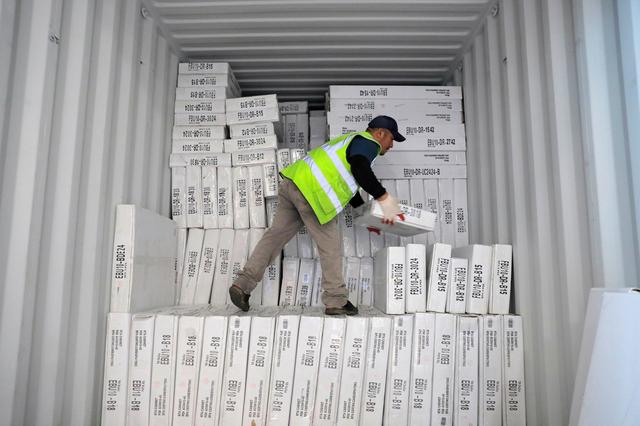 By Martin Kaufman and Daniel Leigh

2020 was a year of extremes. Travel all but ceased for a period. Oil prices wildly fluctuated. Trade in medical products reached new heights. Household spending shifted to consumer goods rather than services and savings ballooned as people stayed home amid a global shutdown.

Exceptional policy support prevented a global economic depression, even as the pandemic took a heavy toll on lives and livelihoods. The global reaction, as seen in major shifts in travel, consumption, and trade, also made the world a more economically imbalanced place as reflected in current account balances—a record of a country’s transactions with the rest of the world.

In our latest External Sector Report we found that the global reaction to the pandemic further widened global current account balances—the sum of absolute deficits and surpluses among all countries—from 2.8 percent of world GDP in 2019 to 3.2 percent of GDP in 2020. Those balances are set to widen further as the pandemic continues to rage in much of the world.

If not for the crisis, global current account balances would have continued to decline. While external deficits and surpluses are not necessarily a cause for concern, excessive imbalances—larger than warranted by the economy’s fundamentals and appropriate economic policies—can have destabilizing effects on economies by fueling trade tensions and increasing the likelihood of disruptive asset price adjustments.

The dramatic fluctuations in current account deficits and surpluses in 2020 were driven by four major pandemic-fueled trends:

Travel declined: The pandemic led to a sharp decrease in tourism and travel. This had a significant negative impact on the account balances of countries that rely on tourism revenue, such as Spain, Thailand, Turkey, and even larger consequences for smaller tourism-dependent economies.
Oil demand collapsed: The collapse in oil demand and energy prices was relatively short lived, with oil prices recovering in the second half of 2020. However, oil-exporting economies, such as Saudi Arabia and Russia, saw current account balances decline sharply in 2020. Oil-importing countries saw corresponding increases to their oil trade balances.
Medical products trade boomed: Demand surged by about 30 percent for medical supplies critical for fighting the pandemic, such as personal protective equipment, as well as the inputs and materials to make them, with implications for importers and exporters of these items.
Household consumption shifted: As people were forced to stay home, households shifted their consumption away from services toward consumer goods. This happened most in advanced economies where there was an increase in the purchase of durable goods like electrical appliances used to accommodate teleworking and virtual learning.
All of these factors contributed to some countries seeing a wider current account deficit, meaning they bought more than they sold, or a larger current account surplus, meaning they sold more than they bought. Favorable global financial conditions, with the unprecedented monetary policy support from major central banks, made it easier for countries to finance wider current account deficits. In contrast, during past crises where financial conditions sharply tightened, running current account deficits was harder, pushing countries further into recession.

On top of these external factors, the pandemic led to massive government borrowing to finance health care and provide economic support to households and firms, creating large uneven effects on trade balances.

A reduction in balances could be delayed if large deficit economies like the US undertake additional fiscal expansions or there is a faster-than-expected fiscal adjustment in current account surplus countries, like Germany. A resurgence of the pandemic and a tightening of global financial conditions that disrupt the flow of capital to emerging markets and developing economies could also affect balances.

Despite the shock of the crisis and possibly due to its worldwide impact, excessive current account deficits and surpluses were broadly unchanged in 2020, representing about 1.2 percent of world GDP. Most of the drivers of excess external imbalances pre-date the pandemic and include fiscal imbalances as well as structural and competitiveness distortions.

Ending the pandemic for everyone in the world is the only way to ensure a global economic recovery that prevents further divergence. This will require a global effort to help countries secure financing for vaccinations and maintain healthcare.

A synchronized global investment push or a synchronized health spending push to end the pandemic and support the recovery could have large effects on world growth without raising global balances.

Governments should step up efforts to resolve trade and technology tensions and modernize international taxation. A top priority should be the phasing out of tariff and non-tariff barriers, especially on medical products.

Countries with excess current account deficits should, where appropriate, seek to reduce budget deficits over the medium term and make competitiveness-raising reforms, including in education and innovation policies. In economies with excess current account surpluses and remaining fiscal space, policies should support the recovery and medium-term growth, including through greater public investment.

In the years to come, countries will need to simultaneously rebalance, while ensuring that the recovery is built on a solid and durable foundation.

Martin Kaufman is Assistant Director in the IMF’s Strategy, Policy and Review Department.

Daniel Leigh is Division Chief in the IMF’s Research Department.