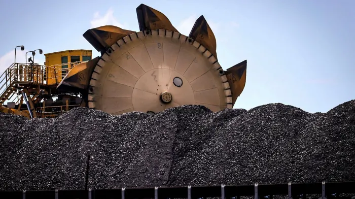 Since the start of the year, the price of high energy Australia coal — the benchmark for the vast Asian market — has climbed 86 per cent to above $150 a tonne, its highest level since September 2008.

Its South African equivalent is also trading at its highest level in more than 10 years, rising 44 per cent in 2021, according to the latest weekly assessment by commodity price provider Argus.

That puts the coal benchmarks ahead of two of this year’s best-performing asset classes: real estate, which is up 28 per cent, and financial stocks, up 25 per cent. Only Brent crude, up 44 per cent, boasts comparable gains.

The resurgence of thermal coal, which is burnt in power stations to generate electricity, highlights the difficulties governments face in trying to make the switch to cleaner forms of energy.

Even as renewables such as wind and solar are growing rapidly, they are struggling to keep pace with rising demand for electricity and power, leaving fossil fuels to fill the gap.

Several linked factors are driving up prices, according to traders and analysts.

A drought earlier this year in southern China, which knocked out hydroelectric dams and boosted demand for coal, has played a significant role in the commodity’s turbocharged run.

China has also struggled to boost domestic supply to meet increased demand for electricity as its economy continues to recovery from pandemic because of tough safety rules.

At the same time, output from Indonesia, China’s biggest overseas coal supplier, has been hampered by persistent rainfall, while rail and port constraints have affected shipments from Russia and South Africa, two other critical coal producers.

China has been unable to buy Australian coal because of a ban, while surging natural gas prices have prompted some utility companies in Japan and Europe to switch to coal, further tightening the market.

“I have never seen China under this sort of pressure before,” said Tom Price, head of commodities strategy at Liberum. “Hydro down, local production struggling and key import options just not there.”

All this has come as electricity demand has picked up with Covid-related lockdowns easing.

How energy transition is driving strong commodities prices
After falling about 1 per cent in 2020, global electricity demand is set to grow close to 5 per cent in 2021 and 4 per cent in 2022, according to the International Energy Agency.

“While renewable energy sources are expected to continue to grow rapidly, they will only be able to serve around half of the net demand increase in 2021 and 2022,” the IEA said in its latest Electricity Market Report.

As a result, the Paris-based agency expects coal-fired electricity to increase almost 5 per cent this year to exceed pre-pandemic levels, and to grow a further 3 per cent in 2022, when it could reach a record high.

But not everyone believes the high prices will hold. Fitch Solutions predicted prices would peak this year as Beijing releases coal from its strategic stockpiles and orders miners to increase production. In addition, fossil power generation in China typically hits its highest level in July and August before falling sharply.

Helen Thomas
Anglo shows making a clean break from coal is far from easy
“Consequently, we continue to expect a slowdown in domestic thermal coal demand by the start of September,” said Popov.

Further ahead, the big question for thermal coal is whether environmental polices will result in demand weakening more quickly than supply as banks and insurers refuse to fund new projects.

“I expect supply to fall faster than demand,” said Price at Liberum, who thinks China and India will continue to buy coal in the export market for the next decade. “It is a super tight market. It’s not going to crash in a heap.”