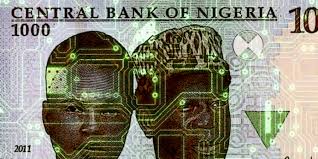 The Central Bank of Nigeria (CBN) yesterday disclosed that its much-anticipated digital currency will be launched on October 1.

CBN Director, IT Department, Mrs. Rakiya Mohammed, revealed this during a private webinar, explaining that the banking sector regulator had been conducting research towards the launch of digital currencies since 2017.

She added that the central bank may conduct a proof of concept before the end of the year.

The move to adopt the electronic currency was first disclosed by the CBN Governor, Mr. Godwin Emefiele, during the Monetary Policy Committee (MPC) in May.

He had said a digital currency will soon become a reality in the country, adding that the central bank had already set up its committee which was working on the concept.

The CBN governor had further restated the determination of the apex bank to drive the e-Naira project during the recent 306th Banker’s Committee meeting, pointing out that the process was ongoing.

She added that the innovation would also benefit the fintech ecosystem by enhancing operational efficiency, opportunities for fintech start-ups in building services and products as well as financial inclusion that will contribute to economic growth, and the creation of a new system complimenting the traditional payment system.

Mohammed had last month said the proposed digital would be launched before December.

According to her, every Nigerian would have access to the digital currency.

She had while briefing journalists at the end of a Bankers’ Committee meeting said: “Let me state categorically that cryptocurrency such as Bitcoin and the rest of them are not under the control of the central bank; they are purely private decisions that individuals make and are not part of this arrangement.

“We have spent over two years studying this concept of central bank’s digital currency and we have identified the risks. And it is one of the reasons why I said we are setting up a central governance structure that would involve all industry stakeholders to access all the risks as we continue on this journey.

“Very soon we would make an announcement on the date for the launch and by the end of the year, we should have the digital currency.”

According to her, about 80 percent of central banks across the world are presently exploring the possibility of issuing the central bank’s digital currency, saying that Nigeria cannot be left behind.

Mohammed had added: “You are aware that we have two forms of fiat money: The notes and the coins. So, the central bank’s digital currency is the third form of fiat money. So, this digital money is going to complement the cash and note that we have.

“Now, why did we need to go into this? There are different cases that the central bank is looking at.

For instance, we have remittances, which is a huge market in Africa. We also know that in the last EFInA report, our target for this year was to achieve 80 percent financial inclusion. We are about 60 percent and at the rate we are going, it is unlikely we would meet this target. But the central bank digital currency would accelerate this target”.

She said it would support the cashless policy as well as innovation, adding that the central bank has a “very clear roadmap on this and we are about to move to the next stage of proof of consent after which we would start a pilot”.