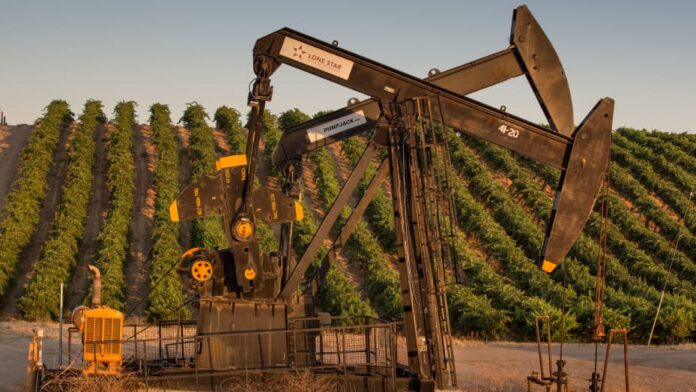 Oil prices fell Friday, extending losses from the previous two sessions, and were on track for their biggest weekly drop since March after expectations of more supply put pressure on the market.

Saudi Arabia and the UAE reached a compromise this week, paving the way for OPEC+ producers to finalise a deal to increase production.

OPEC+ – which groups the Organization of the Petroleum Exporting Countries with Russia and other producers – had earlier failed to agree after the UAE sought a higher baseline for measuring its output cuts.

“All signs indicate that OPEC+ is heading for a potential compromise agreement that will allow the UAE to secure a baseline adjustment,” RBC Capital analysts said in a note.

“Other producers will undoubtedly seek similar treatment and potentially prolong the deliberations heading into the August ministerial meeting.

OPEC said on Thursday it expects world oil demand to increase next year to around levels seen before the pandemic, about 100 million barrels per day (bpd), led by demand growth in the United States, China and India.

″ are growing increasingly concerned over a big rise in virus cases in the Asia Pacific region, which have triggered new lockdowns and could diminish demand for oil,” ActivTrades analyst Ricardo Evangelista said.

Prices found some support from a near 8 million barrel decline in U.S. crude stockpiles last week.

JPM Commodities Research said it expects global demand for oil in July and August to be roughly 1.7% below 2019 levels.

“We think sustainably recouping these final missing barrels of demand (the bulk of which is jet fuel) will still take time as colder weather sets in for the northern hemisphere and peak travel season is behind us,” JPM said.