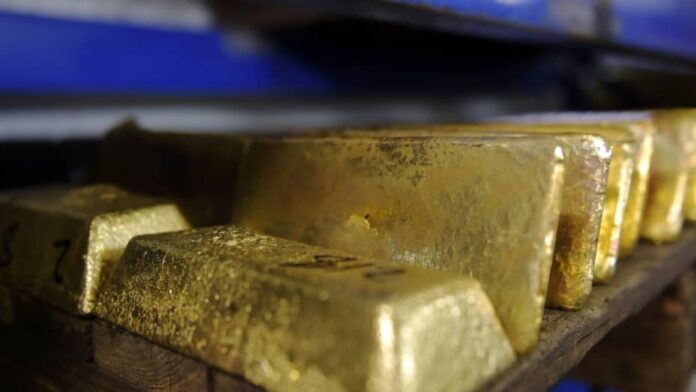 Gold slipped on Friday as a stronger dollar dulled its appeal and pushed the metal further from one-month highs hit in the previous session.

The dollar index was bound for a strong weekly gain, reducing gold’s appeal to other currency holders.

“Although gold’s valuation is more attractive on a relative basis to U.S. Treasury inflation protected securities (TIPS), the reason gold is trading at a discount to it is because it does not have the same carry advantage.”

Uncertainty around a potential spike in coronavirus Delta variant cases in the United States could force the Fed to remain accommodative for longer, said Phillip Streible, chief market strategist at Blue Line Futures in Chicago.

A U.S. retail sales report for June showed motor vehicles sales declined because of a lack of supply caused by a global semiconductor shortage.

“The auto shortage will probably linger for a while and perhaps that’s causing palladium and platinum prices to struggle a bit,” ED&F Man Capital Markets analyst Edward Meir said.

The two metals are used by automakers to limit emissions in engine exhaust systems.