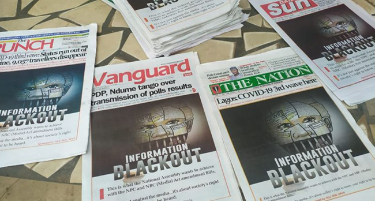 The House of Representatives has weighed in on the proposed Press Council Bill currently before the National Assembly, saying that no attempt will be made by the lawmakers to gag the media.

The bill, which is already at the public hearing stage, is being sponsored by Olusegun Odebunmi, Chairman of the House of Representatives Committee on Information, National Orientation, Ethics and Values.

Debate on the bill comes as the Federal Government moves to tighten regulation on social media after suspending Twitter over national security concerns.

But the House spokesman, Benjamin Kalu, who denied rumours that the legislature wants to suppress the press, said the media is not just a tool for disseminating information but a tool for nation-building.

“If the press is gagged, then we are finished,” he said during an interview on Channels Television’s Politics Today. “We are legislators today from the ruling party, tomorrow we may be in the opposition. Next tomorrow, we may not be politicians, we may be out there.

“The House has taken a position and that position of the House is that no attempt will be made by the House to gag the press. The press freedom is where we stand and it is part of the legislative agenda of the Ninth Assembly because we see the media not just as a tool for dissemination of information but as a tool for nation-building.”

His remarks come hours after several newspapers in Nigeria on Monday published an advertorial against media regulations bills being considered at the National Assembly.

The advertorial, which appeared on the front pages of dailies such as Punch, Vanguard, The Nation, ThisDay, Guardian, Daily Sun, was sponsored by the Nigeria Union of Journalists, the Nigerian Guild of Editors and the Newspaper Proprietors’ Association of Nigeria.

With a bold headline titled ‘Information Blackout’, the advertorial said the NPC and NBC (Media) Act amendment bills being considered by federal lawmakers was geared against the right of citizens information.