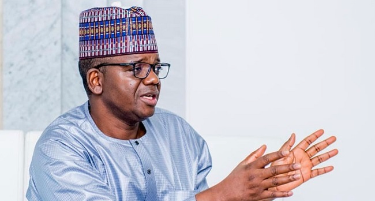 Zamfara State Governor Bello Matawalle has debunked what he described as misleading reports against him.

According to a statement issued on Monday by his spokesman, Yusuf Idris Gusau, the Zamfara leader clarified why he dumped the opposition Peoples Democratic Party (PDP), noting that he defected to the ruling APC to bring more development to the people.

“It is a known fact that Governor Matawalle is one of the leaders in the country that speaks wisdom on all matters and he joined the APC in order to strengthen political unity in the state for the purpose of bringing more development to his people,” Gusau said.

The governor’s spokesman said the defection was also due to “the upper hands he (the governor) had been enjoying from President Muhammadu Buhari and the APC high command on all matters concerning the state.”

Gusau explained that President Buhari and the APC governors had been sympathetic to the people of the state in trying times, adding that this encouraged the governor to reciprocate the concern and respect given.

“The governor’s mission for joining the ruling party was nothing more than that. Any other report is mischievous and the handiwork of those diversionary characters who have remained vehemently opposed to the defection to APC by Governor Matawalle,” the spokesman added.

The governor’s reaction comes a week after he joined the ruling party – following months of speculation and denial – with all the federal and state lawmakers in Zamfara.

But his deputy, Mahdi Aliyu, and a state lawmaker, Kabiru Yahaya, opted to remain in the PDP.